Knicks got the One Shining Moment this season deserves. pic.twitter.com/Ez09CqCXhY

I don’t have a blog to wrap this awful, depressing, godforsaken Knicks season yet. A lot of it still depends on whether or not they screw themselves out of the sixth pick in a six star draft by winning this game tonight.

(Fultz, Ball, Jackson, Isaac, Monk, Fox is the answer. Get all the way out of my face with any Jayson Tatum or Lauri goddamn Markannen talk. I’m still high on Nkitilina and Smith, but they’re a level below the top tier. Those top six are all stars. I don’t know if Nkitilina or Smith will be yet. But that’s another blog for another time.)

And of course a lot also depends on the lottery next month. This team could absolutely get jumped and fall back from six to seven. And of course they could still jump into the top three.

None of that affects how bad and disgraceful this team and this franchise was. None of that changes that this might honestly go down as the single most embarrassing season in fifteen years of embarrassment when you add in all the off court stuff. Derrick Rose’s gang rape trial. Phil Jackson’s “Lebron’s posse” quote. The never-ending “will Melo get traded” saga that took over the team for two months. Derrick Rose just not showing up for a game. All of the back and forth between offenses that is still, somehow, unsettled. And that’s all before we even get to quite possibly the most embarrassing moment in franchise history – our fat, disgraceful, pathetic human being of an owner throwing out the most beloved Knick of the last thirty years in the midst of a national TV game and having him fucking arrested. Even without that, this season was a nightmare. And then we hit a new low with that Dolan-Oakley saga.

So no, our lottery position does not change how much this season sucked.

But at the very least, a good draft position would ease some of the pain. Like some aloe vera on the worst sunburn you’ve ever had, you know what I mean? It won’t heal it – that will take a long, long time. But it can sooth the pain for now.

And who knows, maybe the Melo trade finally happens. Maybe we ship Melo off to LA. Maybe he gives in and goes to chase a ring with Lebron.

Maybe we can start fresh. Draft Fox or Monk. Maybe hit the lotto and draft Fultz. Go into the season with a franchise lead guard, a franchise unicorn center, some decent young pieces in Willy and Kuz and Ronny Bakes, and a little bit of optimism. We’ll have all our draft picks, and a nice trade chip in Courtney Lee, and whatever we’d get back in the Melo trade. Again… that wouldn’t heal the burn. Time… time and the forceful removal of James Dolan by means of a scandal that I may or may not be currently plotting… that’s all that can heal our wounds.

But maybe… just maybe… the worst part is finally over. 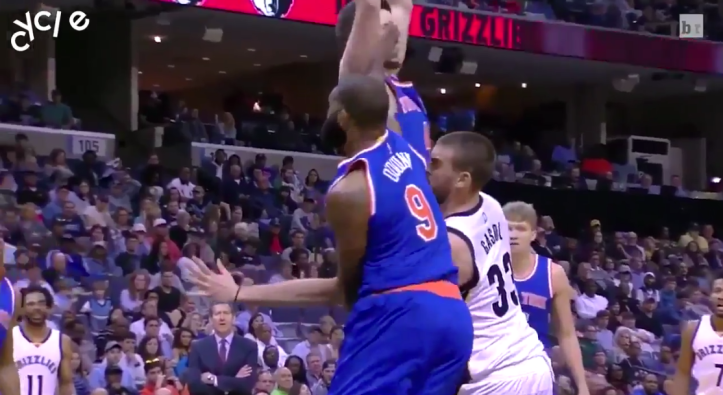