A Thorough Breakdown Of The Knicks Airplane Team Photo 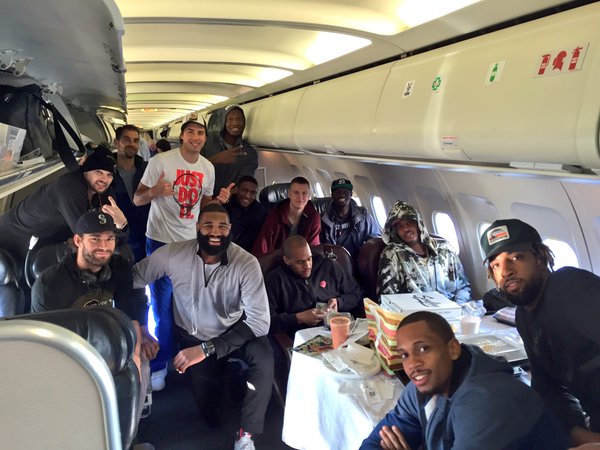 Airplane team photos reveal a lot about the team dynamics that you can’t necessarily see on the floor or in the huddle. Who’s sitting with who? Who runs the card table? And do the teams token Europeans sit together? All that and more.

I thought I’d jump into this picture since there’s nothing else to talk about this afternoon. Airplane team photos always fascinate me. They reveal a lot about the team dynamics that you can’t necessarily see on the floor or in the huddle. Who’s sitting with who? (love the rooks paired up there). Who runs the card table? (CEO Melo, who apparently has had that seat since he got to NY. Nothing nothing surprising about that). Who has a seat at that table? (I could have guessed those four guys before you even finished the question.) Do the european players sit together? (Of course.) Who doesn’t look at the camera and counts their money because they’re not a team player? (Afflalo. Again, easy call.) Are there any weird pairings? (Gallo and Seraphin, who no doubt fight for the next seat at the table when someone leaves.) Who’s the team outcast? (Lou Amundson… real shocker.) Who is high? (D-Will, always). Who initiates and team activities and probably moves around all flight (O’Quinn). Who reads comic books and does coloring books all flight? (Robin.)

You know, all the stuff a normal team does on a flight. I like to see it all revealed in team pictures like this. Picture says 1000 words-type of stuff. But let’s peel back the curtain for a second.

“Can I go back to my comics now”

“I just fucked your girl”

“And I just filmed it”

“Anyone wanna sit with me this time? No? Anyone? Alrighty then.”

“Me. Me. Me. Me. Me. Damn I’m so Kobe Jr. Look at all that money I have. I should definitely shoot more. Wait who are these other people with me?”

Sorry, that last one kind of sucked. Just fell off a cliff there. I guess there’s no way to squeeze “hey, maybe since we’re out of the playoffs and we have a rookie point guard and a rookie big man who both thrive in the pick and roll, we should use these games to play them together and gain experience and get comfortable with each other, you know, instead of playing our Tide Downy washed point guard and our “franchise player” with chronic knee problems who also happens to be our only summer trade chip FORTY MINUTES A GODDAMN NIGHT” into one neat little one-liner quote. 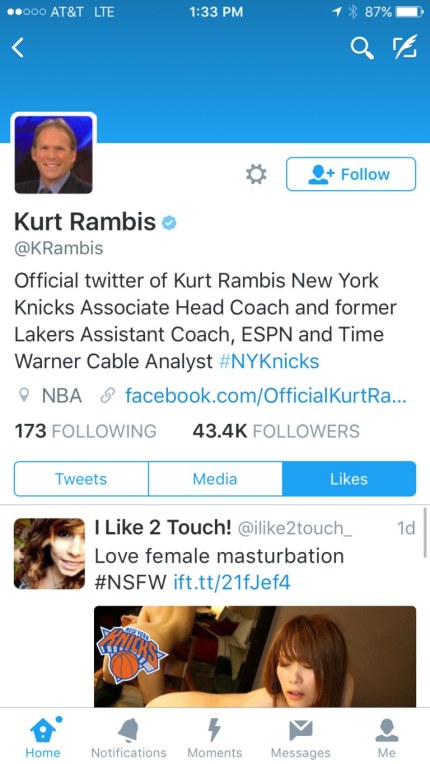 P.P.S.   #nekotoodgorevidisve  =  Neko To Od Gore Vidi Sve  =  Someone From Above Watches All.  Which I guess is a religious Serbian song or something.

Research, ladies and gentlemen. That’s how you get ahead in this journalism game.