Rub it all over the theory pic.twitter.com/EbwtqbWKWq

First of all… A+ dick name. Perfectly vague and nonsensical. Basically everything you’d ever expect from DJ Khaled.

But more importantly… who’s filming this? Who is filming Khaled bin Abdul Khaled rubbing cocoa butter on his dick? I mean, look, filming it isn’t that bad. It probably sucks to get that call from the upstairs bedroom in the middle of your 2K game to film a fat hairy guy rubbing himself with lotion, but at the end of the day that’s a fair compromise for living in his mansion smoking weed all day.

But how far will you go? What’s your limit there?

Basically what I’m asking you guys is Would you lotion up this hairy 350 pound dude who probably sweats cooking oil at all hours of the day if that meant you could spend your days fucking rap groupies, smoking weed, and eating what his personal chef makes. I mean yeah the answer is obviously yes. If the result is that lifestyle, the answer is always going to be yes. You’re a liar if you say otherwise. Plus, I really just wanted to put that image in your head. 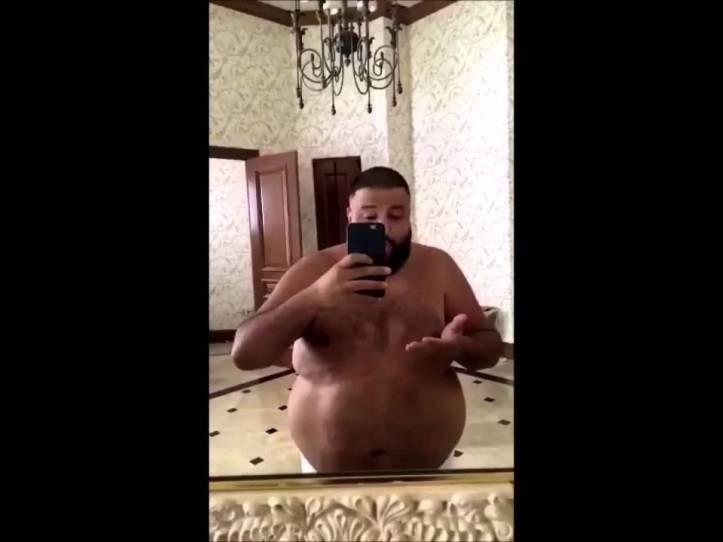 P.S.   Does anyone know if DJ Khaled has a sponsorship deal with Dove? Or does he really just love their products? Actually don’t tell me. I’d really like to keep believing he just wants us all to know how big of a Dove fan he he is. For The Culture.