Frank Ntilikina Big Baller Branded Lonzo with LaVar on hand at the Garden. The Process Sixers outlasted Jimmy Butler and the Wolves in OT. LeBron went Point Guard LeBron. And Kawhi is BACK. It’s the Hoops Roundup for Wednesday, Dec. 13th. Let’s get it…

One of my early goals for 2018 is to get myself a little more involved in the numbers game. Nothing fancy. Not gonna sit here and toss out advanced analytics. But I’d like to at least find a few little stat nuggets per night that make you say “oh shit, no doubt” and hopefully make us both a tiny bit smarter as basketball fans.

Since this is the first go at this lets kick it off right at the tippy top with the still best player in the world as he continues to John McClain his way through the Association this Christmas season.

8 of those 17 assists led to three pointers, bringing LeBron’s NBA-leading total on assisted threes to 126, or 4.5 per game. LeBron is averaging 9.0 assists per game, which means that exactly half of LeBron James’ assists this season have led to three pointers. That’s efficient as hell.

Those 17 assists last night led to 42 points. Add that to his own 25 and LeBron created 67 points last night. He’s creating an average of 52.6 points per game, second only to James Harden’s preposterous 55.2 per night.

The Detroit Pistons entered December the surprise darlings of the NBA. 14-6, coming off MONSTER back to back road wins at OKC and Boston. Stan Van had figured it all out. Tobias Harris was thriving. Andre Drummond had blossomed into a bonafide star. And they stared at a seven game stretch (@Was, @Phi, @SA, @Mil, vs. GS, vs. Bos, vs. Den) that, if survived, would fully cement them as a real contender in the East.

They just lost all seven games, culminating with their only real blowout at the hands of Jamal Murray and the still Nikola Jokic-less Nugs.

Murray poured in 28 on 11-19 shooting (4-8 from three) and tore the Pistons apart all night. Chandler (18p on 6-11 shooting) and Lyles (20p on 7-7 shooting) provided some frontcourt help in the continued absence of Jokic.

Denver is hoping Jokic is back tonight against Boston, a team he thrived against last season. Assuming he’s back that should be a fun one tonight.

Kristaps Porzingis is the first player in NBA history with at least 35 points, 10 rebounds, 5 blocks and 5 three-pointers in a single game.

Last night was a much-needed win for humanity and our general sanity and I’d say this moment captured that whole aesthetic pretty beautifully. I’m pretty tired of Spike at this point. But knowing how furiously mad everything about this moment made certain people last night warms the cockles of my heart.

Speaking of Big Baller, young Lonzo showed out in his first trip to the Garden last night. 17p/8r/4a/2s in 40 minutes, including a dazzling 3rd quarter right in front of LaVar and the rest of his family.

And then Frankie Smokes came in and gave Lonzo that GRANDE DEFENSE DE BALLEUR all fourth quarter long.

The Knicks are outscoring teams by 14 points per 100 possessions with KP and Frank on the court together. Frank is the youngest player in the NBA. I’m totally fine with Hornacek bringing him along slowly. But I’d like to see Frank get a few more minutes with KP out there over these next few weeks. The schedule is about to get a lot more difficult over the next month and a half. Time to throw him into the fire.

But the real star of the night was Mike Beasley, who came in and scored 12 of his 13 points in the fourth quarter and overtime and won this game.

Who else but Super Cool Beas could single handily swing a game like that just two nights removed from fouling out in 10 minutes to a standing ovation.

TATTOO THIS VIDEO ON MY FACEEEEEE 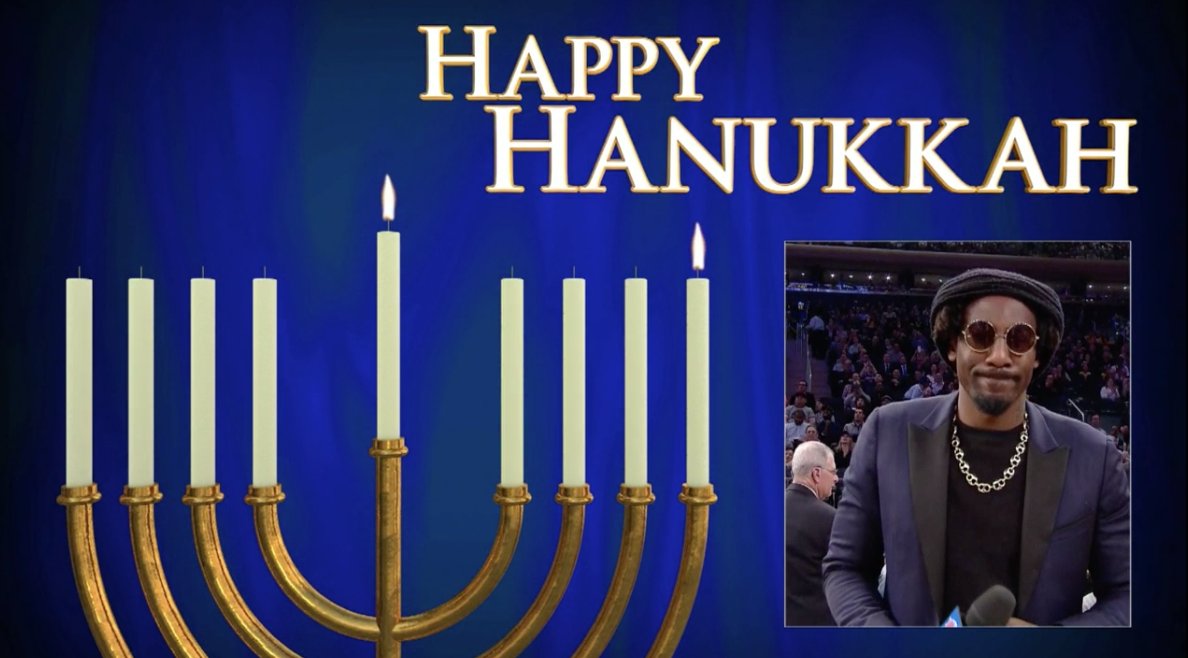 When Migos does a reggae album 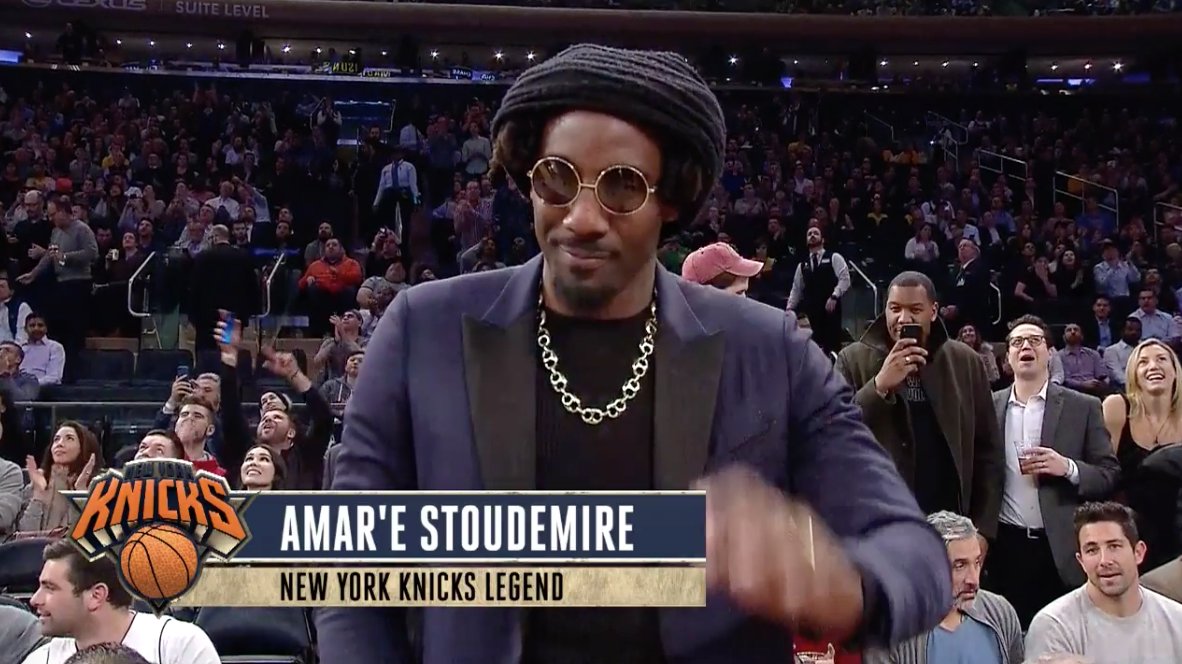 All signs point to @JohnWall returning for the Wizards Wednesday in D.C. versus the Grizzlies, per source.

Savor all the big plays from tonight's win! pic.twitter.com/4SyCOAdoVz

This season has been amazing. There’s more talent than ever before. New superstars are emerging even as the established guys continue to thrive. The league’s middle class is as strong as it’s been in a long time. 22 of the 30 teams are genuinely capable of beating anyone on any given night. Ratings are through the roof. And even as things balance out… as teams begin to truly show themselves and nightly unpredictability begins to wane… the nightly competitiveness and quality of play is as good as I can remember in a long time. One third of the way through the season, things are great.

Oh and by the way, the third best basketball player in the world and last seasons should-have-been MVP just played his first game of the year.

KAWHI BYKE! Yes he only play 16 minutes and the Spurs–who won 19 of 27 in his absence–lost to the goddamn Mavs (maybe 23 teams are capable of beating anyone on any given night).

But he scored 13 points with 6 boards in those 16 minutes and it was awesome and I’m so happy he’s back now because the Spurs play Houston and we get Kawhi vs. Harden on Friday night. KAWHI BYKE!

What a game, crazy back and forth.

Again… WHAT ARE YOU JUMPING AT OUT THERE?

Trevor Booker comes from behind for the denial on @ESPNNBA!
#HereTheyCome pic.twitter.com/2YkzO1exfx

There are a lot of games in a basketball season. A lot. But you’d be hard pressed to find a game that went more exactly how you expected than this went. Two of the worst and–not coincidentally–youngest teams in the league. No Devin Booker for Phoenix. And the two vets Z-Bo (17p/7r/5a) and Hill (18p/7r/3a) easily controlled a game of dumb, directionless youths like a couple of dads running 5 on 5 down at the Y before their legs give out.

Basketball is at it’s best when competitiveness and unpredictability meet at their respective summits. But sometimes it’s just as great two watch two old guys school a couple of helpless kids in the exact way you’d expect them to.

Except tonight. These two teams stink.