For The Record, The League Is Not A Funny Show

I said it this morning with the Steve Rannazzisi 9/11 blog, but I want to get it out there again.

The League is trash.

First few seasons were decent. Couple laughs here and there. But for the last few years this show is trash. Every athlete cameo they have is painfully awkward, and every joke, regardless if it involves an athlete or not, is five months late and brutally predictable. It’s soooo corny, and so lazily written because the writers can just rely on talented comedians like Paul Scheer and Jon Lajoie to carry the half-assed material. I’m not sitting here saying I could write a better TV show. I just hate that those writers have coasted along with bad material because of the NFL cameos and two talented comedians. Drives me nuts that it got more viewers than Always Sunny.

P.S.   If we’re being honest, I was out on the show the second they said it was an eight-team league. If you’re going to do a show about fantasy football you can’t have an eight team league. you just can’t. Not to be a fantasy hardo here, but if you only have eight teams that’s not a real league. Rosters are so loaded that it takes all the fun out of it. Even ten is pushing it. Twelve teams or gtfo. Shoutout to the MFL.

P.P.S.   Hey Steve, how bout you stop talking for a bit. Maybe sit the next couple plays out. 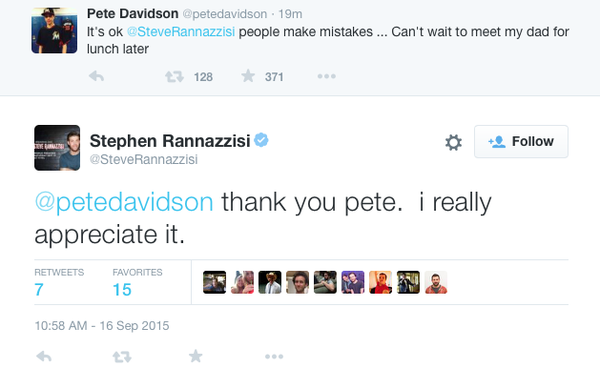