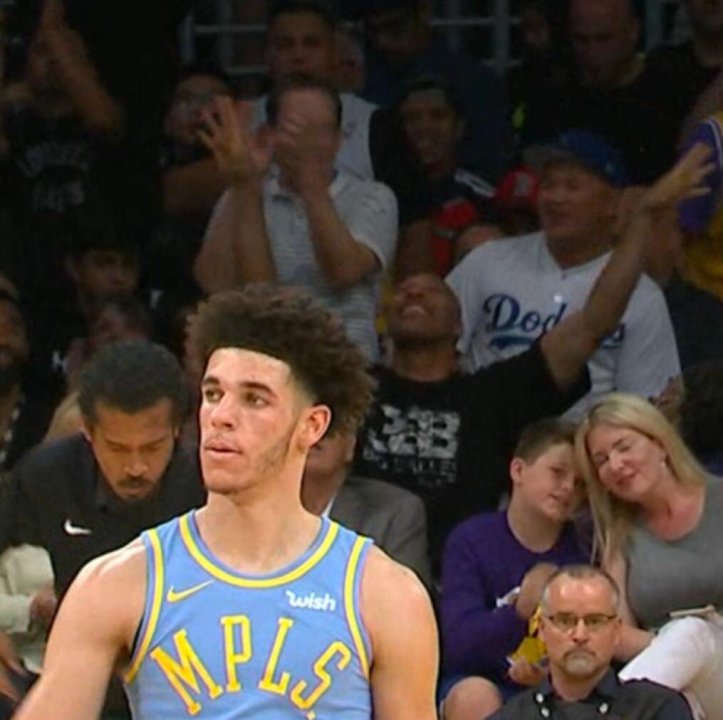 Quick note: I’ve been experimenting with writing these right after the games and late into the night instead of early the next morning. I”m writing this at 4am. I kind of figured it makes more sense. I’m better at night. And this way it’s done way before you’re all on the train or at your desks in the morning. Tonight was a little wild between ten games on the slate and that absolutely bananas World Series game so some stuff is a little weak. But I think it’s the move now and that it’ll make for a way better blog going forward. Ok cool, let’s talk hoops…

Embiid was a monster in limited minutes and Simmons followed his first career triple double with a 14/7/9 line. But it was the role players the kept Philly on top most of this game. Reddick and Covington poured in a combined 42 points. And the immortally gritty TJ McConnell racked up 9 assists and 6 steals – nearly all of them on the shortwhitekidtryingtohardinapickupgame bait-and-steal that started to drive Harden crazy.

firmness of mind or spirit : unyielding courage in the face of hardship or danger pic.twitter.com/VKFsKFmHGA

Are you not entertained? pic.twitter.com/4WFXV0cakB

Houston countered with 27 and 13 from Harden, 16 points and 20 boards (TWENTY) from Clint Capela, and 14 points on 4 threes from from Ryan Anderson.

But nobody was bigger than Eric Gordon and his 29 points – the last three coming with ice water running through his fucking veins.

EG continues to impress this season, posting 23.5 a night and hitting big shot after big shot after big shot. But even more impressive than his game winner was his defense on Ben Simmons the possession before that to even allow Houston a final shot. Dude just muscled up against a significantly bigger player and refused to let him into the lane. Can’t even blame Simmons – it was just better defense from a stronger guy.

Embiid was limited to 25 minutes but made the most of all that and more. Mocking Lonzo’s shot pregame…

And then bringing the thunder down on the Rockets here in the first.

Joel Embiid rocks the rim for the @sixers! #HereTheyCome pic.twitter.com/i4GVnHwNlW

Charlotte got a big night off the bench from Frank Kaminsky (20 on 9-15 shooting). After a brutal opening night Frank The Tank has now averaged 19.7 a night on 59% shooting in his last three, including 8 of 14 three point attempts and a respectable enough 5 boards a game for what his role on this team is. Dude can get buckets, and is going to continue to get buckets in this league for a long time.

Also going to get buckets in this league for a long time – Malik Monk, who had his best game as a pro, going for 17 on 7-14 shooting

and gave Mudiay the business

The @hornets score 35 PTS in Q2 & have the 62-39 advantage over the @nuggets heading into the break!

Gary Harris was the lone bright spot for Denver, getting back on track after a brutal night in Washington on Monday with 18 points and an absolute HAMMER on Monk.

I think we all just took for granted that Jokic and Millsap would gel immediately because they’re good passers and move the ball and yada yada. In reality it takes time to figure out spacing and get comfortable together, especially as big men. They’ll be fine. Just give it time.

Through 4 games, when Paul Millsap and Nikola Jokic share the floor, Denver is posting just a 95.4 Offensive Rating.

Dwight had 19 rebounds. Whatever. This tweet cracked my up.

Who continue to look absolutely lost defensively and lose in the ugliest fashion. Speaking of lost… someone snap Karl back into reality.

Another wild game came down to the wire in Brooklyn. But this section can’t possibly start without one of the best moments of this young NBA season

I’m always here for a sneaking into the opponent’s huddle bit. Good bit. Quality bit. And made even better by Clemson alum Trevor Booker tossing a question in there. But what makes this bit is Ty Lou dropping an all-time… ALL TIME meme-able face when he realizes who’s question he’s answering. Fell off my couch when this picture popped up on Twitter.

Rondae Hollis-Jefferson got the night started by swatting LeBron into the eighth row.

Rondae swats it out of bounds for the @BrooklynNets! #WeGoHard pic.twitter.com/vpdY9KWeWB

LeBron being LeBron decided to go a little harder to the hole next time on his way to a 29/10/13 triple double.

.@KingJames is on a mission in Brooklyn. 😳 pic.twitter.com/3ihmlUysdk

While also tossing in four blocks – one of which came in classic disrespectful LeBron form.

One of those 13 assists went to Jeff Green, who’s been surprisingly effective in an increasingly big role off the bench for Cleveland and had his best game to date with 18/6/3. Jeff Green is still Jeff Green, and any NBA fan with half a pulse knows Jeff Green is as capable of hanging 28 and 8 as he is playing the next four games without half a pulse of his own. But maybe… just maybe… playing for a real non-Doc-Rivers-coached contender gets him playing with some form of consistency this season. Maybe…

The Cavs mounted a big comeback late and even took the lead down the stretch. But a Nets team without D’Angelo Russell recovered and held on behind 19/6 from Hollis-Jefferson, 20/7 and huge defense from DeMarre Carroll, 19 off the bench from Allen Crabbe, and 22/5/6 including some MONSTER buckets down the stretch from Spencer Dinwiddie. Yes, that Spencer Dinwittie – who sounds vaguely familiar but who you absolutely were picturing to be a white guy right now.

The Cavs did get the ball back, down 2, with 16 seconds left. LeBron took it to the hoop, got fouled, and went to the line with a chance to tie it. First shot – CLANK.

The Skip Baylesses of the world got a chance to have their moment in the sun.

And Karma… not LeBron or Jordan or Earl Joseph Smith III… karma, my friends… remains the undisputed GOAT.

LeBron has one more goal left to accomplish. pic.twitter.com/J7Ndwq0tfR

Have a night Spencer! HAVE A NIGHT!

Goran Dragic put up 20, two of which coming on a very fancy skillful old man shot (they stole my word)

Tyler Johnson came off the bench for 23 points on 7-13 shooting.

Get the steal… reward yourself with a slam! pic.twitter.com/h7HaZxrGrI

And Bam Adebayo showed some bounce in his first start. Grabbing 8 boards in 20 minutes and finishing two big time oops.

Rook making an impact in his 1st career start! 💥 pic.twitter.com/dYQjwKJszq

And Manu doing Manu things off the bench

It was a Manu Gonna Manu kinda night. pic.twitter.com/mUX0zjPvf8

You know you nailed the interview when you got Pop to play along. 😆 pic.twitter.com/bfV36nc0aM

You’ll notice missing from that list is Paul George, who scored just 10 points on 4 of 8 shooting. Meanwhile his trade counterpart Victor Oladipo continues to look like a new man in Indiana, scoring 35 points on 11/18 shooting with 5 boards and 5 threes.

I don’t think anyone will sit here and argue that trade. But I’m happy Vic is getting the chance to do his thing in Indy and thriving right now.

Meanwhile, Olympics Melo continues to enjoy the hell out of these open shots in OKC, scoring 28 points on 9/17 shooting.

When the good part of the movie comes on and you go back from Chill to Netflix.

Marc Gasol continued his en fuego (he’s from Spain) start to the season with 26/11/4 with 5 threes.

But Dallas handed Memphis their first loss of the season behind Dennis Smith’s best game as a pro. 19 points on 8-12 shooting. 5 assists. 3 threes. All while looking very calm and collected against one of the better defensive Point Guards in the league in Mike Conley.

Anyone have a roll for this butter? 🍞#MFFL pic.twitter.com/V4gEq6rAEN

Phoenix rode a 27 point night from newly very rich TJ Warren and a combined 30/8/6 effort from the two Kentucky Wildcats (Booker and Ulis) still in their backcourt to their second straight win since firing Earl Watson.

Josh Jackson had his lowest scoring game as a pro, but did rack up 6 assists including this beauty to Alex Len.

Josh Jackson drops the dime for the @Suns! #NBARooks pic.twitter.com/Px3ik0Oooh

…which included a game-tying three from Kevin Durant over Serge Ibaka – who apparently missed the Finals last year when Durant took this same exact shot… his favorite shot… and the most iconic shot of his career to basically all but seal the Finals for Golden State. Good scouting their Serge. Good stuff.

And Klay had a very Klay-esque second quarter of 15 points.

Klay erupts for 15 Q2 PTS for the @warriors!#DubNation holds a 61-53 advantage over #WeTheNorth at halftime. pic.twitter.com/TphwRqanXY

Draymond did airball a shot. So there’s that… right?

HERE WE GO BABY! The main event of the night. Ball vs. Wall. Big Baller Brand vs. Big B’s Gang Sign John Wall. A guaranteed win from LaVar on Monday. And a guarantee of “No Mercy” from John today. You see the outcome above… but let’s see how it played out…

Lonzo started with a quick hands strip on Wall.

Wall came right back with a stupid quick crossover and attack.

What a pass from Lonzo pic.twitter.com/ueClKS9tTz

Wall threw one of his own that did not convert but was pretty nonetheless.

John Wall is a Wizard pic.twitter.com/tv1924Grqe

Lonzo was cosmically responsible for this oop… because passing is contagious or something.

Wall was directly responsible for this first half buzzer beater.

Quick break in the action to bring you this $64 million block from Ian Mahimni. $64 million. $16 a year. The price of an elite defensive tackle or a high quality pitcher. And the Wizards thus far have basically gotten this one decent block in return. Beautiful stuff, Ernie Grunfeld.

In OT it was all Lakers, pulling ahead on two Lonzo-assisted threes and closing it out after a monster defensive stop on Wall from Julius Randle – who capped it off with a dunk on the other end

Big Baller Brand is a train that can’t be stopped. Get on board or get off the tracks baby. CHOO CHOO!!

David Stern believes that marijuana should be removed from the banned substances list, acknowledges it’s medical benefits and believes it should be be legal for such purposes, and suggests the NBA change the Collective Bargaining Agreement to allow for players to consume what is legal in their own state.

David Stern Been Smoking On That Loud – Says That Marijuana Should Be Removed From The… https://t.co/EHb2YNcdqS pic.twitter.com/CMJY5xLvUb

The Pelicans signed Josh Smith following the Anthony Davis injury, finally reuniting Rondo and Smith from their Oak Hill days. Even as a vehement Boogie stan, I’d be lying if I said the Boogie-Rondo-J Smoove combo wasn’t a little disconcerting. Either way it’ll be fascinating to watch.

Enes Kanter… well he apparently heard Wally Szczerbiak compare him to his dad on the Knicks broadcast Tuesday night.

And that’s it. Five games on the slate tonight, the biggest of note of course being Boogie’s return to Sac town on TNT.

I’m gonna continue to highlight my two must watch games of the night, especially after highlighting Houston-Philly and Washington-LA last night and seeing how those played out.

Excited to see the über-confident young Jaylen-Jayson duo in Boston take one Giannis on TNT. Then sneaky very juiced for what should be a very fun Clippers-Blazers game that would be a CLASSIC late TNT game but falls to League Pass because of the “Boogie going home” storyline. See you right back here tomorrow folks.