Whomst In The World Did Max Kellerman’s Makeup Today?

Yeah, yeah, yeah we’ll get to Kyrie in a second. Really weird interview that I’m still trying to make heads or tails out of even as a write this. But we’ll get there.

I just… I can’t get over Max Kellerman’s face. How does one go on national television, on the day of a monster interview, looking like Liv Tyler with a frostbite? 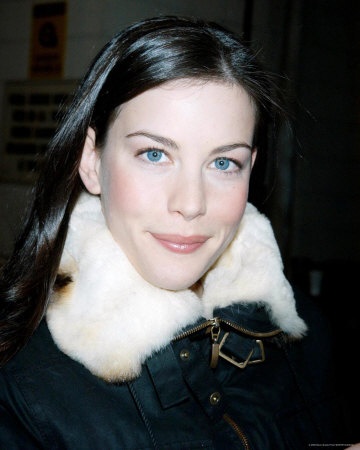 How does that happen? I mean either this makeup artist very much did not like his impassioned defense of Colin Kaepernick last Friday and wanted to make him look like David Duke…

…or he/she is entirely too caught up in the whole clown craze of “IT”. That’s it. Those are really the only explanations for making Max look like Pennywise got into a box of Entenmann’s.

And did nobody on the entire set think to tell Max about this? Is First Take staffed with a bunch of MMA guys who openly detest Max’s boxing background? Or was he so translucent that people simply could not see Cate Blanchett take his seat behind the desk today?

Hey guys, Kyrie is on the show today. Kyrie… the most discussed player in the NBA for the last two months… he’s in studio and on camera and presumably willing to discuss why he willingly broke up one of the best tandems in NBA history. Everything about this interview is going viral. Maybe don’t leave one of your cohosts out there looking like he should be roaming the halls of Hogwarts.

As for the actual interview…

.@KyrieIrving on why he didn't inform LeBron James that he wanted out of Cleveland. pic.twitter.com/WF9GlCA54o

Can you win a championship without LeBron? @KyrieIrving: pic.twitter.com/kQmnwy09eU

The homie Max Kellerman bout to have a nervous breakdown trying to get ONE answer out of Kyrie. Dude is dodging everything pic.twitter.com/IL3P97jPyA

Kyrie Irving is holding a clinic this morning on dodging the question. He should run for office. #FutureSenator pic.twitter.com/UrDXNm2L0l

I didn’t take as much out of it as everyone else seems to be. He dodged most questions and came off a little arrogant at times but that’s fine. One, it’s First Take so who cares. And two, this is what we’re going to get as players try get more and more candid and open. High level athletes are arrogant, the only thing new is that they’re going to start caring less and less about letting that show.

The biggest thing I got out of it was that Kyrie still doesn’t quite know what image/persona he’s trying to present. I’m not saying it’s fake. I just mean that he’s kind of stuck in the middle between the going the Kobe direction or going the Durant direction. You can tell he’s sooooo clearly trying to be cool, calculated Kobe. He’s the alpha and all he cares about is basketball and this bickering is beneath him etc. etc.

Yet at the same time you can tell he really wants to be open and candid in how he feels about the way fans and the media view players and player movement in the league. He wants to go the way Durant has.

And, ironically enough, that dilemma is in some ways causing him to slide into the familiarity of Lebron’s “I’m going to talk about how much you shouldn’t be talking about this which in turn makes you talk about me more” schtick.

Yeah I didn’t tell LeBron, but I won’t tell you why I didn’t. You guys take this all too seriously, but I’m also not going to give the one straight answer that would end this talk that I seem to think is so stupid.

Like dude just commit one way. Be candid or don’t. You wanted to leave LeBron because of all the distractions and you don’t think you’re a distraction well then just be honest or don’t. All this cryptic, non-answer half-honesty stuff is exactly why so much attention is on LeBron. The difference is that he clearly wants it. You don’t, and that fine. Then prove you don’t. Because answers like these are gonna make you the lead topic on First Take the second things go bad for a few weeks in Boston.

God damn I’m so happy to be writing about this petty, fun stuff instead of the NFL.