513 feet later, Aaron Judge had the longest home run of the derby pic.twitter.com/GqWmviMepe 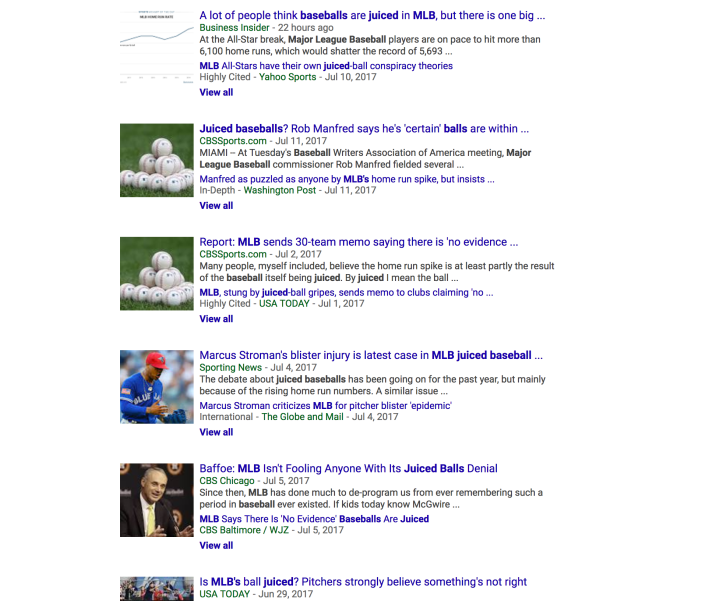 Listen… I get it. I understand. I’m as in awe of my big baby boy Aaron as everyone else. Even having watched him his whole life and seen the work ethic and known how special he is, I’d be lying if I told you I expected this in his first full season. As any parent knows, our children are always full of surprises.

And as someone who spends the vast majority of his life watching and discussing and dissecting sports, it doesn’t surprise me in the least to see people questioning the validity of a phenomenon like this. It’s the way the world works. There’s too much coverage, too much access, too much time spent devoted to the world of sports for there not to come any backlash. Even when there’s nothing there, we’ll find a reason to doubt… a reason to hate… a reason to inquire. I’m as guilty of it as anyone. I’m cynical to a fault. It’s as much a reason for this website anything. So I’ll never begrudge someone for feeling the need to question even the smallest of changes anywhere along the sports landscape – let alone an emergence like this.

By all means, keep this up. Run with the juiced ball theory. Test him for steroids every hour on the hour. Shit, make him use a wiffleball bat for all I care. It doesn’t matter. It really, truly doesn’t matter. And it makes each and every 450 mile shot just that much sweeter.

Because watching someone transcend not only the game of baseball, but the laws of physics, to the dismay of every non Yankee fan out there… I mean it’s just so god damn fun. It’s an absolute delight. It’s one thing to watch greatness. But it’s a whole other level of satisfaction to watch it in the face of doubt. 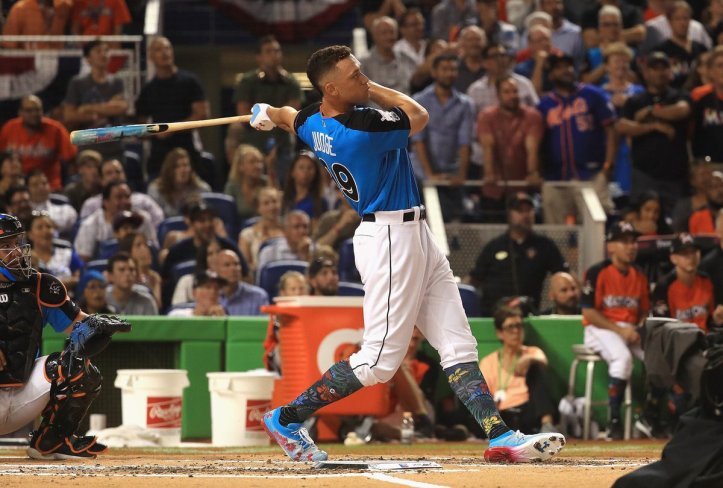 P.S.   Is there something to the juiced ball theory? Of course. There are going to be changes made to equipment of all sorts as technology advances.

Just know the one constant will be Aaron Judge mashing baseballs like Paul Bunyan.