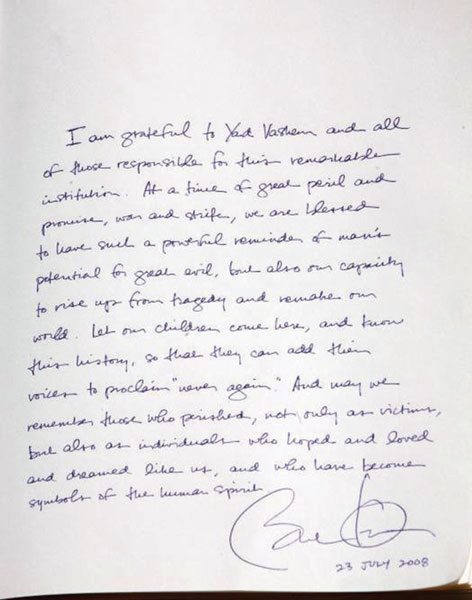 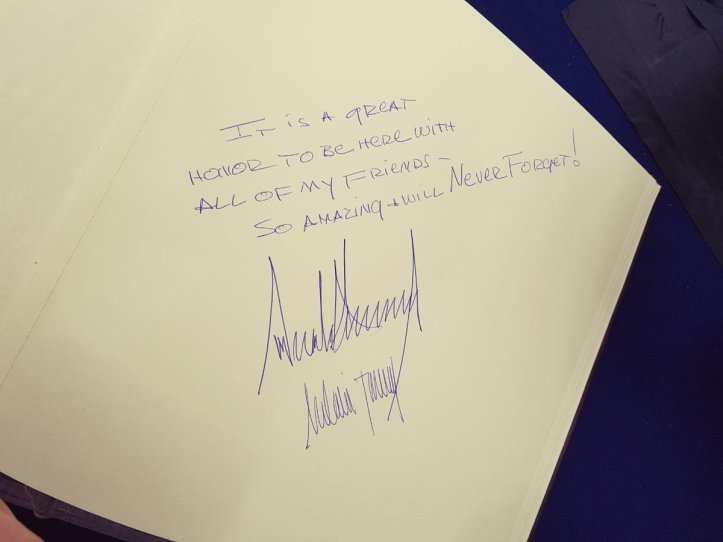 “Hey man where you going to college again?”

“Yeah just got off the waiting list last week.”

“Yeah I’m sure I’ll visit him at some point so, you know, I’ll hit you up when I’m there.”

“Should be dope man, good luck. Hold on let me just…”

P.S.   Look, there’s a pretty striking difference between the two notes here, yes. But I’m not necessarily gonna hold that on Donny. Barack Obama is an author and a lawyer and one of the most talented wordsmiths in the world. One of the defining quotes of Donald Trump’s candidacy was that he was going to “win bigly on everything”. Barack Obama is a living person with a basic understanding of human decency. Last week Donald Trump tossed a hat to the son of a fallen police officer like it was a circus prize. If we’re being honest here, expecting anything better than “I had fun with my friends at the holocaust party” is a stretch.