Triggered Snowflake Is Mad Online Because The World Is Unfair. More After These Messages…

With all of the illegal acts that took place in the Clinton campaign & Obama Administration, there was never a special counsel appointed!

This is the single greatest witch hunt of a politician in American history! 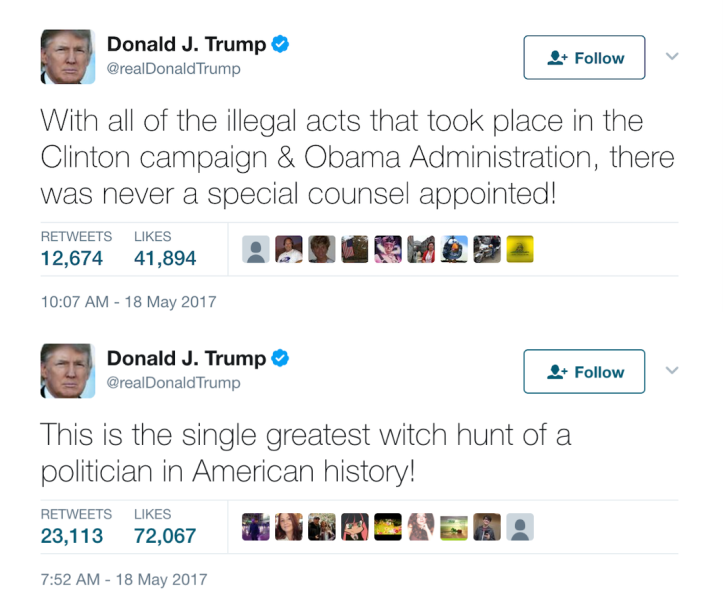 What’s the old saying? “Looks like the chickens are coming home to get cucked.” That’s it, right?

I always figured something would happen over these four years. Like, come on… something had to happen, right? As much as he might be trying to turn America into a monarchy and as big of a fucking JOKE as the democrats are, you had to figure he couldn’t just walk all over the entire political structure of America for four-plus years and get away with it. I just never thought things would get this insane and look this grim for him this quickly.

I mean look at these odds. LOOK AT THEM.

Will Donald #Trump complete a full term as POTUS? (via @BovadaLV)

(-150) odds not just to get impeached… but to actually not finish the term. We literally have not hit the four-month mark and “not finishing a full term” is a pretty significant favorite over remaining the president. One guy… one out of 44, for reasons other than death, has failed to finish a term. One guy. And in the eyes of Vegas, this dude is more likely than not to become number two in less than four months. Wild, wild stuff.