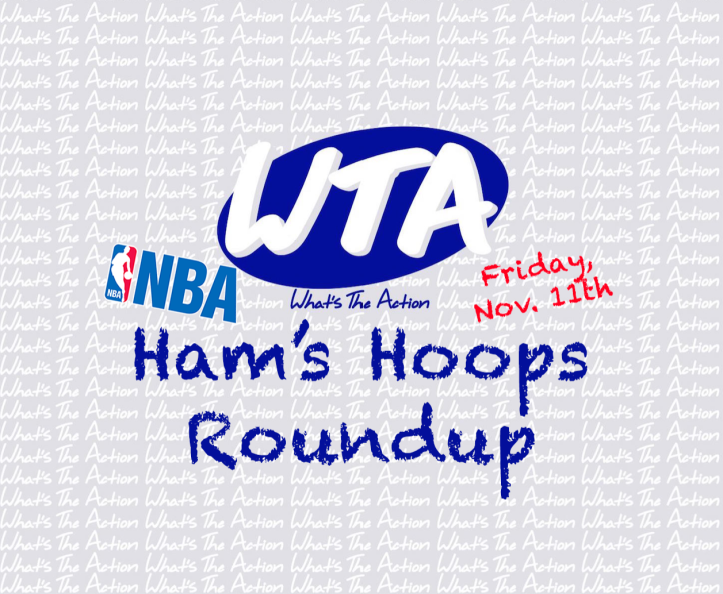 Can’t really beat that location, but it doesn’t get an A+ grade. Put Joe Biden in there polishing his aviators and this one is untouchable.

The reigning NBA champs just took the #MannequinChallenge to another level 🇺🇸
(via @cavs) pic.twitter.com/CCo0iKPIrL

This man is a blessing

Messed Around With Some Old Teammates…

And Then Put The Work On His Old Basketball Team…

Wade gets fancy in his return to Miami! #NBAVine https://t.co/AmsNzsio7e

Look I know that’s a heavy title to put on the guy, but I believe it. He’s got all the tools we saw from young Kawhi. No, he’s not the defender that Kawhi is. Nobody is, maybe ever. But Justise is damn close, and offensively he’s already shown better vision and an earlier knack for shooting the three. I’m not saying he’ll develop into Kawhi. Or even Paul George. But there’s no reason he can’t reach a level slightly below those two. He’s confident as hell and totally unafraid of the moment. But he’s also extremely smart and understands the floor on both ends. You see that in how many opportunistic steals he gets defensively, and also in how he sets guys up on offense. Watch the way he subtly runs into McDermott to screen him at the 1:48 mark below. Not nearly enough guys do that. Love to see those little things.

He’ll never be your #1 scorer, but he’ll fill the box every night and make smart, game-changing plays. 15, 5, 6, and 4 steals last night. Best player on the floor for Miami. Best thing this team could do is tank and get a real #1 point guard in the draft to build around with Winslow. This dude is very much for real.

.@iamjustise was 3-for-3 from Downtown in the 1st half. See that and more from his night vs Chicago pic.twitter.com/oanNydErTz

Ty Lawson – Still Got It!

Jabari was so out of shape they had to play him at center at Duke. Then he breaks his leg and suddenly comes back as one of the springiest guys in the league. Still makes no sense to me.

The Redemption Of Swaggy P

Swaggy P has turned into like… a very legitimate sixth man. And I don’t want to jump to conclusions too early, but I think it’s for real. JR Smith visited the White House yesterday. Don’t tell me Swaggy P can’t get important buckets for a playoff team.

I don’t know man, they just continue to do it. It’s almost like removing the worst coach of the last 25 years and a washed ballhog from a young, exciting group of players somehow resulted in those young guys better. Who would’ve guessed?

Russell getting busy in the 3Q on @NBAonTNT. #NBARapidReplay https://t.co/8pccL3gqEj

Just kidding, here’s Iman Shumpert flabbergasted by the fact that the Presidential Podium could move