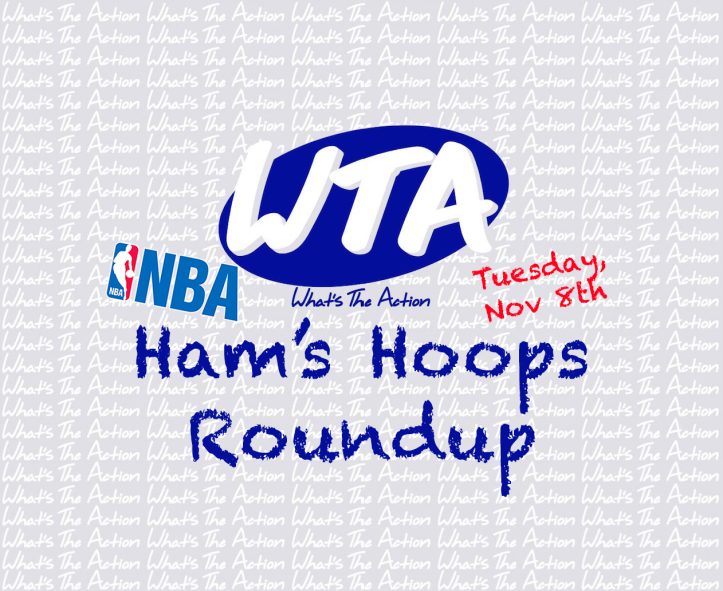 Little bit of a new format here based on some reader feedback. Game scores and lines at the top. Takes and Highlights in order of importance below that. Still figuring out the best way to do these every day. Let me know what you think. All of your takes matter. Wait I didn’t mean it like th–

0-10 from three on Friday. 156 straight games with a made three pointer streak snapped.

THAT is how you bounce back.

There are plenty of reasons to forget how good Steph Curry actually is. It’s hardly inexplainable. Between his post-injury dip in production and the blown 3-1 Finals lead, you can see why his sublime 2015-16 regular season has been largely dismissed. Add in the increased production and attention given to guys like Kawhi, Russ, Harden, and others this season. Subtract some attention away from Curry ever since that big offseason acquisition the Warriors made. And it makes sense how we might forget that he’s the back-to-back MVP.

Last nigh reminded us of that.

But last night was the first time in about seven months that we’ve seen Steph go into god mode. Just shooting the freakin’ lights out in a way that nobody walking this planet has ever been able to.

It wasn’t just that he hit 13 threes, it was the way he hit them. I almost fell off my couch when he split the defense at half court and launched that one from the top of the key, fading sideways, with 18 seconds on the shot clock. EIGHTEEN SECONDS. Nobody on earth makes that shot except him, let alone has the freedom to take it in the first place. Half of his threes last night came off bad passes or near-turnovers that he had to pick up off the ground. And that 13th three? The one for the record? He must have gotten that shot off in 0.2 seconds. Maybe even 0.1. That sounds impossible, but watch the window he got it off in again. Nobody else can hit that shot in that specific space.

That was remarkable… stupendous… outrageous. What a performance.

Yes, I still hate the Warriors. I’ll be vehemently rooting against them for the next eight months just as hard as everyone else. But while it’s still the regular season… and while they’re playing opponents that nobody cares about like New Orleans… I can’t help but find myself laughing and fist pumping and cheering along when Steph goes on runs like that. As a basketball fan, it’s just too fun to put a sourpuss on for something like that.

Still hate you though, KD.

The Joel Embiid – Hakeem Olajuwon Comparisons Were Not Far Fetched

Russell Westbrook Is Very Much In Control

The Golden State game a was disaster, yes. Chalk it up to the emotions. Chalk it up to playing on the second night of a back-to-back, having just played the Clippers the night before. Chalk it up to the Warriors simply being a better team than OKC ever since, you know, the best player switched sides. Whatever reason or excuse you want to use, Thursday was a bad night for OKC, especially for Russ.

Outside of Thursday? This has been the most efficient stretch of Russ’s career. It’s not just the gaudy scoring numbers or the triple doubles – it’s the way he’s gotten them. While he’s well on his way towards setting a historically high usage rate (currently at 41.0%), he’s balanced that out with a career high True Shooting Percentage. His buckets are more efficient, as are the buckets he’s creating for others. He’s in complete control, and it’s shown to the tune of a 6-1 record.

Except this time… YEET

All Is Very Good in LA LA Land

Both LA Basketball teams are… *gulp*… really freakin’ likable. How about that huh? Between the Kobeless Baby Lakers and the No-Longer-Villains Clippers, LA Basketball might have reached it’s likability zenith.

Outside of catching a wildly fired-up Russ and OKC on the last night of a 3-in-4 stretch, this team has looked like the best team in the West. Better than San Antonio, who they ran off the court on Saturday. Better than Utah. Better than Golden State. And even better than OKC, despite that loss. They’ve worked opponents on both ends, and Blake is finally looking like the player we’ve always wanted him to become.

They have OKC again on Wednesday and Portland again (they beat them in Portland to open the season) on Friday. But we won’t get a real sense of this team until games at Cleveland and hosting Golden State the first week of December. Right now it’s all gravy.

Blake Griffin shows off his handles on the big dunk! #ItTakesEverything pic.twitter.com/FLzXhLFlmj

John Wall Is Not Having Fun

Was that too quick a trigger from the ref? Probably. But it’s a pretty fitting ejection for how Washington’s season has gone. This team STINKS.

That technical on Wall was kinda suspect but not a good reputation to have moving forward. Surely refs talk. pic.twitter.com/VAgz9NPBEb

The Very Good and The Very, Very, Very Bad of Jahlil Okafer

Charlotte Is A Very Sneaky 5-1

I haven’t sat down for a full Hornets game yet, but for sure will this week. Obviously excited to see what they can do against Cleveland on Friday. But tomorrow’s game against a hot, healthy, and very well-rounded Utah team will be a better test of where this Charlotte team is at this point. Kemba has been AWESOME this year. Pumped to watch him go at it with George Hill tomorrow.

Kemba Walker with the sweet no-look dime for the @Hornets! #BuzzCity pic.twitter.com/zuDoYFR0Zi

Those numbers don’t even make sense. I get the D’Antoni boost and the freedom he’s been able to play with and he’s still turning it over like crazy and all of that. But 33-15-7 is still 33-15-7. The guy is posting WILD numbers, and yet he’s done so without any of the fanfare we’ve seen for other MVP leaders.

I get it. Russ has a story this season. Kawhi plays defense. Dame is significantly more fun to watch. Everyone is more likable than James Harden. But if he keeps this up. We can’t not give him his due. These stats are outrageous.

The entire NBA combined to do that 4 times since the start of last season. pic.twitter.com/GOBSyi0KSP

On a tear… @JHarden13 has thrown up 133 points & dished out 57 assists in his last four games for the @HoustonRockets! #Rockets50 pic.twitter.com/VLXHkvhysr

That’s it for today. Couple of sneaky-fun games on NBATV tonight between Atlanta-Cleveland and New Orleans-Sacramento to help distract you from the end of the world tonight. Plus the infinitely fun Baby Lakers on League Pass to close the night.

And hey, if you miss anything. Check out Ham’s Hoops Roundup tomorrow to catch up on All The NBA You Need. 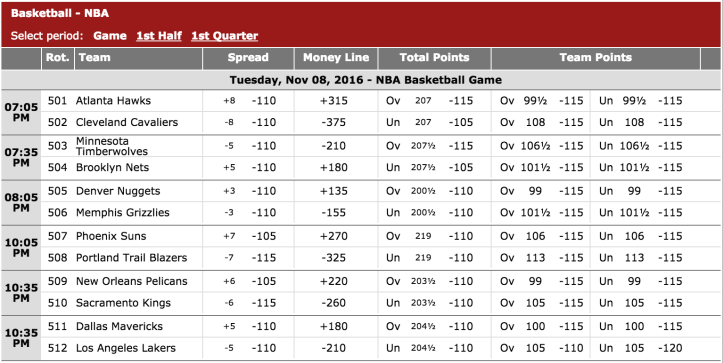