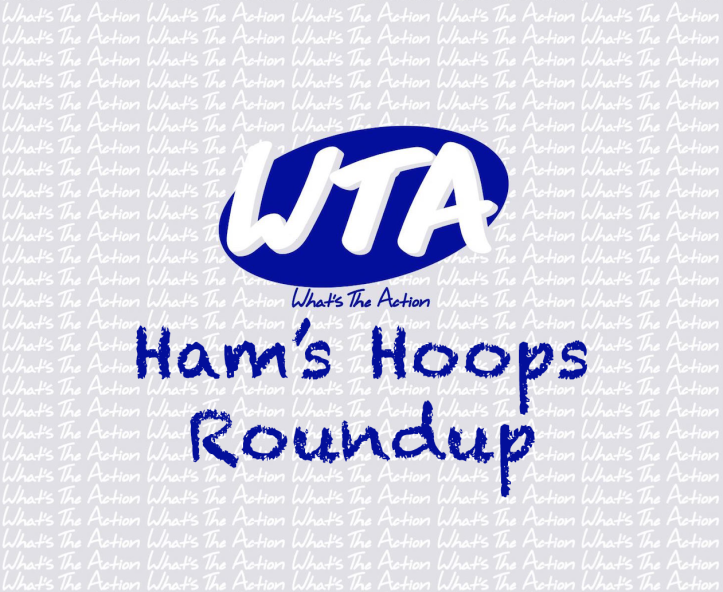 Quality night around the association. 4 games, 3 of them close. First time we got to see the Wiz, Hawks, Bulls, and Clippers.

This is Ham’s Hoops Roundup.

First off… the big news of the night is that Kevin Garnett is joining Inside The NBA with Ernie, Kenny, Shaq, and Chuck. This is not just the big news but also the best news. No show has ever needed to get checked more than Inside The NBA right now. Ernie and Kenny just want to have like one real, smart conversation about basketball and how the game is being played today. Just one per show. And every time they try it just devolves into Chuck and Shaq talking about 1) how the only way anyone can possibly win in the NBA is if big men go down low and start fighting, and 2) how they never would have left to play with Superstars even though Chuck went to Houston with Hakeem & Clyde, and Shaq ditched Penny in small-market Orlando after a heartbreaking loss almost the exact same way Durant left Russ in small-market OKC after a heartbreaking loss. And he went to play in LA where he knew he could attract other stars to play.

The show needs a swift kick in the ass and that’s exactly what (I hope) Garnett will bring.

Last night was Dwyane Wade night in Chicago. Here’s Dwyane praying for a what felt like five minutes during his first Chicago Intro

1st bucket of the game and season as a #Bull🔥 👀: @DwyaneWade pic.twitter.com/eKHlNF7FPt

Here’s Dwyane Wade, Jimmy Butler, and Rajon Rondo all going out of their way to take as many threes as possible to prove to the world that they can shoot. I’m sure it’ll continue to go this well all season. #SplashBrothersMidwest

Shooting sure seems to be going OK tonight… 🤔 pic.twitter.com/5JxuJeLMKX

Here’s Dwyane Wade being too old for this childish shit

Wade's got no time for this… pic.twitter.com/CSmdJa0ob8

And here’s Dwyane Wade hitting the game-sealing three and slashing his throat. Just hope no children were watching. cc: @NBAOfficial

Right out of the playbook, Wade metaphorically slits their throats with the dagger 3 pic.twitter.com/vAoRi1Y76T

He finished with 22-6-5 with 4 threes. Which I think is more than he hit in his entire Miami career (all numbers approximate).

Is Chicago for real? We’ll find out more over the course of the season. Can they continue to shoot like that? Can they continue to move the ball? Can Wade, Butler, and Rondo continue to coexist as the season rolls along and the need to prove that they can shoot the ball and play together starts to fade? We’ll see. The team that played last night could be a top four seed in the East. 81 more games to find out if that’s true. 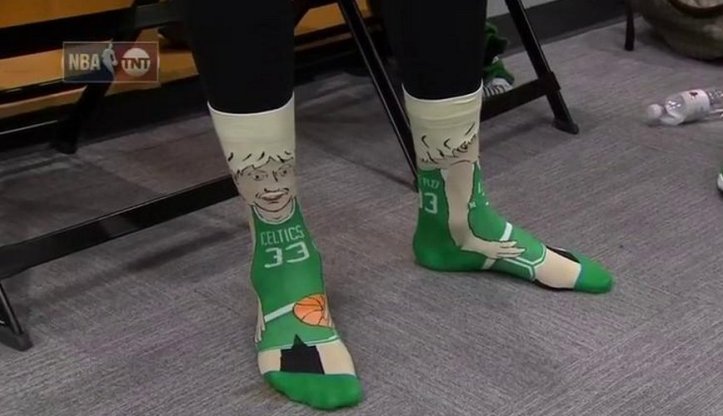 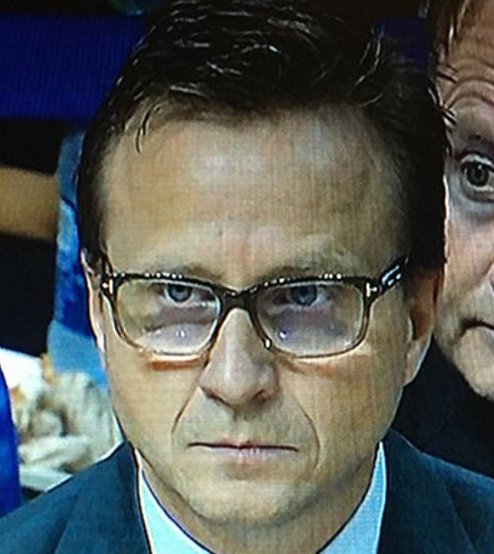 Watching this game I couldn’t totally figure out if Atlanta was for real or if Washington was just that bad but in my expert opinion, it’s both. If the Wizards win more than 30 games this season I’ll be shocked. Like I said Tuesday, this team has trainwreck written ALL over it.

Like I also said Tuesday, I am very much running alongside the Dwight Howard Redemption bandwagon. I haven’t jumped on yet, but 19 boards on opening night is a preeeeeetty good start. And as weird as it is to see Wade in a Bulls uniform, Dwight in Atlanta is low key right there with him

Paul Millsap is still awesome. Thabo posted a sneaky-impressive 13-7-5-5 line. And Tim Hardaway Jr. dropped 21 points in 23 minutes to continue the NBA tradition of everyone getting better once they leave the Knicks. But hey, I’m sure that’s just a coincidence.

Game of the night up in Portland, which is a thing I have a feeling I’m going to say a LOT this season. After Golden State and San Antonio, there’s about 9 different teams in the West that can land anywhere from 3rd through 11th in the standings. Portland is right in the middle of that pack. They’re not great enough to blow any of those teams out, but dangerous enough that they’ll never get blown out themselves. They’re like the NBA’s version of the Chargers – every game is close. Add in that Portland Crowd, the electric Dame & CJ backcourt, and some of the most athletic bigs and wings in the league, and I’d say more great basketball games will happen in Portland than any other arena in the league this season.

Related: I’m getting absolutely no sleep this entire season.

The Portland crowd got off to a hot start by fat shaming Fat Ray Felton for that time he came got fat during the lockout because he didn’t expect the season to happen and then had to play himself into shape in Portland. Here’s how Kevin Harlan so eloquently put it:

“They're booing Ray Felton because when he came here, they thought he was fat”#FatRayFeltonForever

Dame then proceeded to drop a 30 footer in Fat Ray Felton’s “headass” eye and telling him to “fuckouttahere”. Dame’s words, not mine.

Blake Griffin dropped 27-13-2 with 3 steals and one outrageously high block on Mo Harkless that was… oh so heartless. I’m sorry, I’m sorry, trying to delete

Blake blocked this shot with the force of 1,000 suns pic.twitter.com/CQeoOEVrUP

Blake Griffin won’t win the MVP this year. There are too many great players who don’t have to worry about splitting votes the way he does with Chris Paul. But if last night was any indication, Blake is VERY much back to that MVP level. He was super aggressive, scored inside, showed off his new three point shot, and worked his ass off defensively. If we get that Blake all season there’s no reason the Clips can’t push Golden State.

I’m also here for every second of this DeAndre Jordan-Mason Plumlee beef that started when DeAndre send Plumdog Millionaire back to the slums last April.

I now have the highest of hopes for this going forward.

Chris Paul ended up putting the Blazers away down the stretch with a couple huge buckets. I know we’re only three nights into the season, but I’m already dying for the inevitable 3-6 matchup between these two in the Playoffs.

Boogie Cousins is outrageously good at basketball. 37-16, inside-outside game, quality defense on the other end. Basically impossible to stop at this point.

You play up on him, he dunks on you. You sag off, he drains a three. Basically, anything you try won't work. pic.twitter.com/pna1QdMNBQ

Kawhi Leonard is the only player in the last 40 years with at least 30 points/5 steals in his first 2 games. pic.twitter.com/iqWeP3w2sB

He took Ben McLemore’s lunch on what felt like a dozen straight possessions. I don’t know how anyone can possibly hold the ball against him at this point.

Ben McLemore will have nightmares about Kawhi Leonard. These last 2 steals were on two straight possessions.#TheClaw pic.twitter.com/qKN3CB9bkf

I know we’ve talked about this a lot and will continue to talk about it this season, but it’s an absolute travesty that Boogie is stuck in Sacramento. Anthony Davis stuck in New Orleans is one thing. He’s got no personality and the Pelicans are pretty out of sight out of mind. But Boogie is special. A special talent and a special personality. This dude would be one of the five best players in the world in the right situation, and yet he’s stuck with this joke of a franchise. No matter the price, whichever Eastern Conference team is smart enough to pull the trigger on Boogie will INSTANTLY become the second best team in the east and a very real contender to Cleveland. I just really hope it’s not Boston.

ESPN’s Ethan Sherwood Strauss shared a video of Kevin Durant yelling at imaginary critics  while shooting in an empty gym last night. Look, I understand how preposterous it is of me to pretend like I know what’s going on in Kevin Durant’s head, but man does this dude look lost right now. Everything he’s done since going to Golden State seems to be some over the top display of how much he’s doing things for himself from now on. It’s like he’s bending over backwards to show us how much he doesn’t care about what we say. I mean what is he even talking about in this video? Who has ever questioned KD’s drive? Who says he doesn’t put the work in? Not one single person in the media, on twitter, in the arena, anywhere, has ever questioned KD’s work ethic during his NBA career. EVER. He’s had the kid gloves treatment in OKC for 9 years, and part of the reason he got that is because everyone saw how much work he put in. Now all of a sudden a couple twitter eggs called him a coward for choosing Golden State and he’s trying to act like the world is questioning how much he cares about basketball. What are you even talking about dude?

That’s it for today. We’ve now seen every team at least once. Lot of early takeaways to overreact to early next week. Eight games on the slate tonight:

See you right back here tomorrow. And check out all the ongoing NBA Preview coverage over at the What’s The Action NBA Preview page. God I’m so happy the NBA is back.