We’re back baby. HUGE slate of NBA action last night. Opening Night for most of the NBA. Lot of action to get to in all 10 games. This is Ham’s Hoops Roundup.

The Cavs were off and went to the Indians game and to the surprise of absolutely nobody, JR Smith is the best hype man of all time

I thought on this for a while, and I think the reason Russell Westbrook showed up to this game dressed like Arnold from Hey Arnold because Arnold was known more than anything else for his loyalty. Next level Durant trolling.

I also can’t stop laughing at the jump in this video from Billy Donovan in one of his fine italian suits to Russ dressed like a nine-year-old cartoon character. Outrageous dichotemy.

The game itself was awesome. Philly actually didn’t look bad as a team. Sergio Rodriguez crafty as hell. Covington still gets buckets. And Joel Embiid… folks, Joel Embiid is very much for real and as a Knicks fan I am very much scared. He dropped a silly Dream Shake to score his first NBA points.

Blocked Russ on the very next play.

Taunted Steven Adams that he couldn’t guard him. Had the Sixers crowd chanting “Trust The Process”

And was the most entertaining, electric presence on the court all night. Dude is going to be an absolute FORCE (you know, as long as he stays healthy). And the Sixers… yes, The Sixers… are going to be one of the must watch League Pass teams this season before Ben Simmons even comes back. Wild stuff. #TrustTheProcess

In the end though, Russ was too much. 32-12-9 on a very reasonable 11 of 21 shooting. Best player on the court, complete command of the game, trusted his teammates even down the stretch. If this is the Russ they get all season — the mature, controlled Russ — the Thunder can win 50 games. #NowIDoWhatIWant

Hey Philly, you’re not all the way back yet. Take it easy.

Justise Winslow went for 15-8-4 and looked really freakin good. Whiteside went 18 and 14 with 4 blocks and ripped Elfrid Payton’s shot out of thin air like a tennis ball. And the young, athletic, Wade-less Heat looked like they might not be that bad after all.

Wild game that ended up going to Overtime in Indy on, yup, a wide open Harrison Barnes three. Dude couldn’t hit the backboard in the Finals. He might single handedly have lost the Warriors the title* with how bad he was in that series, and thus might be the sole reason Kevin Durant was able to join the Warriors. Which of course means he would hit his first big shot in a Mavericks uniform. The NBA is just the best

*Just kidding, Draymond and Steph lost the Warriors the title

Dirk showed us that he still, somehow hasn’t lost a step, dropping an extremely casual 22-8-2-2-2. Still the scariest big shot taker in the NBA at 38 – which is why Barnes got that shot in the first place.

But once it got to OT the Pacers were too much. Paul George looked every bit the MVP I thought he would be. But more importantly, Myles Turner was an absolute FORCE. 30 and 16 with 4 blocks and looked like a almost-as-rich man’s Karl-Anthony Towns. Between Towns, Porzingis, Turner, Embiid, and Anthony Davis, we’re entering a world where seven footers dominate the game again, just not the way they used to. Which ohbytheway happens to be a blog I’m posting later today.

send the tape to springfield pic.twitter.com/ZS3ih1MUVd

My favorite thing about gambling is latching on to once single team’s week one performance, imprinting that in my head, and never letting go of that opinion no matter how many times I lose.

My week one overreaction that is absolutely going to MURDER my wallet this year: The Brooklyn Nets will be a cover machine this year. Scrappy, well-coached, and zero incentive to tank since they owe their next 25 draft picks to Boston. Load up on the Nets this year guys (or just set your money on fire).

And Gerald Green debuted the most artful rows these eyes have ever seen.

Derozan went for 40. Jonas went for 32. And the townspeople of a small village in Serbia are now free to live their lives and raise farm animals without fear. THE BOBAN IN DEAD!

The good news is, the Baby Wolves are everything we wanted them to be. They jumped out to a 20-1 lead. Lavine looks like he’s making the leap. Wiggins can and did get to the free throw line at will. And Karl-Anthony Towns is Karl-Anthony Towns.

The bad news is, the Baby Wolves are also everything we feared they would be. Young, inexperienced, not quite ready for the moment. And it all showed against a very veteran Grizzlies team that is now, somehow, equal parts Grit’n’Grind and Pace-and-Space. If the Griz stay healthy–which of course is a VERY big if–there no reason not to call them one of the five or six best teams in the West.

And the lesson as always, do not fuck with Z-Bo

In retrospect, the Wolves never had a chance last night… 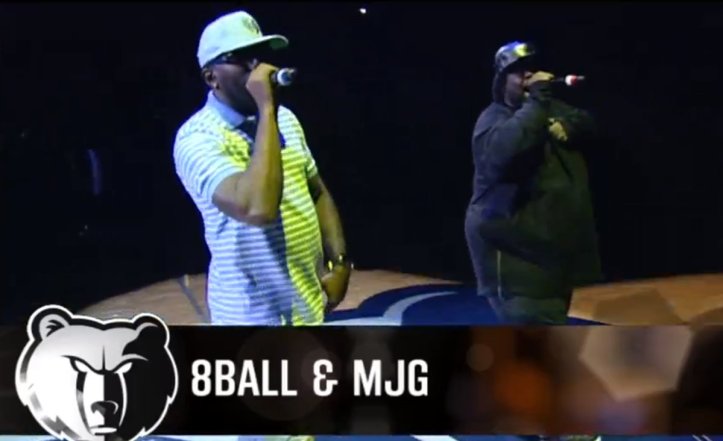 So guys, it turns out Anthony Davis is still one of the best basketball players in the world.

He just also happens to be stuck with the worst supporting cast in the entire league.Dude was a block away from a 50-15-5-5-5 game and his team still lost to a Nuggets team that wasn’t all that impressive last night. That’s almost impossible. At some point this season I’m going to look down at my phone and get an alert that reads: “Anthony Davis goes for 75-25-5-8-8. Pelicans lose 97-89” and not be remotely surprised.

There’s a greater than not chance that Michael Beasley was watching Nat Geo high when he came up with this hairstyle and that’s why he’s the best.

“You ever seen them striped horses b?”
“Say no more fam”

@netw3rk "You ever seen them striped horses b?"
"Say no more fam" pic.twitter.com/Ldy1kgBHTT

Willie Cauley-Stein and the Kings dunked all over the Suns Two shocking bits of NBA news to close out Ham’s Hoops Roundup for October 27. Might want to sit down for these…

2) A Kobe-less Lakers team is more fun and less selfish and much, much better at basketball.

I already said this in my preview, but I’m very high on the Baby Lakers. The upgrade in coach alone from Byron Scott to Luke Walton is going to make this a significantly smarter, more watchable basketball team. That was evident last night, as I’m pretty sure they shot more threes in the first half than they did in their last 20 games under Byron Scott. And that all goes without mentioning the weight off everyone’s shoulders with the Kobe show out of town.

Russell, Clarkson, Randle, and Ingram is an AWESOME young foundation that… dare I say… could be just as watchable as the Baby Wolves.

Jack? Not so much. Though there’s a 98% he has no idea where he is right now.

"Did this dude just do this?" – Jack pic.twitter.com/hHzpzreQHk

That’s it for today. We’ve now seen all but four teams in action. Washington, Atlanta, Chicago, and LA (Clips) take the court tonight. Four games on the slate in total.

See you right back here tomorrow. And check out all the ongoing NBA Preview coverage over at the What’s The Action NBA Preview page. God I’m so happy the NBA is back.