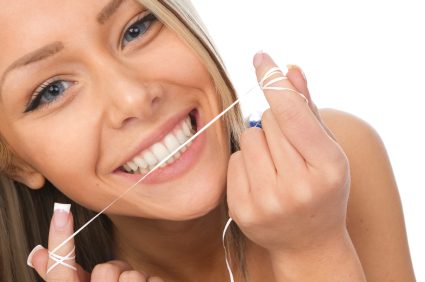 Yahoo  —  HOLMDEL, N.J. (AP)  —  It’s one of the most universal recommendations in all of public health: Floss daily to prevent gum disease and cavities.

Still, the federal government, dental organizations and manufacturers of floss have pushed the practice for decades. Dentists provide samples to their patients; the American Dental Association insists on its website that, “Flossing is an essential part of taking care of your teeth and gums.”

The federal government has recommended flossing since 1979, first in a surgeon general’s report and later in the Dietary Guidelines for Americans issued every five years. The guidelines must be based on scientific evidence, under the law.

Last year, the Associated Press asked the departments of Health and Human Services and Agriculture for their evidence, and followed up with written requests under the Freedom of Information Act.

When the federal government issued its latest dietary guidelines this year, the flossing recommendation had been removed, without notice. In a letter to the AP, the government acknowledged the effectiveness of flossing had never been researched, as required.

The AP looked at the most rigorous research conducted over the past decade, focusing on 25 studies that generally compared the use of a toothbrush with the combination of toothbrushes and floss. The findings? The evidence for flossing is “weak, very unreliable,” of “very low” quality, and carries “a moderate to large potential for bias.”

“The majority of available studies fail to demonstrate that flossing is generally effective in plaque removal,” said one review conducted last year. Another 2015 review cites “inconsistent/weak evidence” for flossing and a “lack of efficacy.”

Do people really floss? Like… really floss? Come on. Just be honest with me guys – you don’t floss. At least not on a consistent basis. Oh you use a floss pick to get tobacco out from your teeth after you dip? That doesn’t count. I’m talking about seriously flossing. Every nook and cranny. All the back molars. Top and bottom. Once or twice a day.

Look me in the face and tell me you actually do that. That you actually pull out a line of floss and clean between your teeth every night. Because that’s a lie. It’s too inconvenient and too time consuming an activity for what can, for all intents and purposes, be taken care of by a toothbrush. That’s not to say it’s not vital. Funny enough I actually don’t believe this report and think flossing is probably important. But that doesn’t mean I’m going to do it.

So this… this changes nothing for me. Maybe I’ll feel a little less guilty at the dentist. Maybe I’ll finally throw out the little plastic bag of handheld Floss Picks that I’ve owned for a year. Maybe I just won’t go to the dentist every again. Other than that, nothing I’ve read here changes a thing about my daily routine or the routine of 98% of Americans. People have never actually flossed, and they still never will.

All this study did is prove to me that the 2% of people who do floss are all a bunch of suckers. And now I’m gonna go furiously knock on wood because I probably just jinxed myself into a crippling root canal.