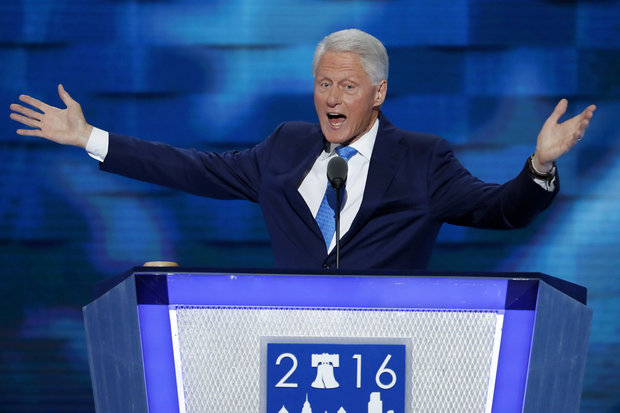 You know what that speech was? That speech was Bill’s Kobe Bryant farewell. That was the Kobe 60 point performance in his final game. You guys remember that? Kobe going for 60 in his final game. Motherfucker took fifty shots. FIFTY. Sure he only hit 22 of them, but who cares right? I mean… just look at the big picture, right? Sixty points. And he did it in the most Kobe way possible. All his old fadeaways, a ton of low-percentage threes, and that signature Kobe intensity and focus from the start. He knew this was it. This was the last ride. So he reached back and emptied the entire tank to give one last vintage Kobe performance before it was all over.

That was Bill last night.

Motherfucker basically just read Hillary’s wikipedia page… but god damn was it captivating. Just shooting shot after shot, naming every state in the union (savvy af) along the way, trying to convince us all that he and Hillary had some genuine, loving human relationship. And shit if it didn’t have me going for a little bit. Up there doing that Clinton lip bite, giving off this real humanity, talking like it’s just you and him. For a second there he had me… he really did. For a second I truly forgot that he’s probably the most talented politician of all time… I was convinced he and Hillary were just a kindhearted couple looking to lend a helping hand. That ability to turn on the charm… that’s one of a kind. That’s Slick Willie.

Sure the speech had holes, just like Kobe had those twenty eight missed shots. But you’re not gonna remember those. You’re going to remember the speech as a whole, the same way we remember it as “Kobe going for 60”.

Bill reached back and he emptied the tank. He gave us one last vintage Bill performance before it was all over. He’d saved that performance for months, knowing this would be the last time. And just like Kobe, he delivered. In his last performance ever, he delivered. I mean, I still think he and Hillary are snakes. But for a few fleeting moments last night, he had me.

I say last performance of course because… well I think we all know why I said last performance. I mean, we’ve all seen him the last few months, right? I don’t want to get too grim here but… like… you know what I’m talking about, right? The empty staring, the perpetual glazed-over look, the baggy, sinking eyes. We’re… we’re getting close to the end. Maybe he gives a few stump speeches. Maybe he appears out a few more times. But for all intents and purposes, that was his last game.

And you know what, he went out on top. I mean, I still think he and Hillary are snakes. But for a few fleeting moments last night, he had me. Fucking Slick Willie, man. What a legend. 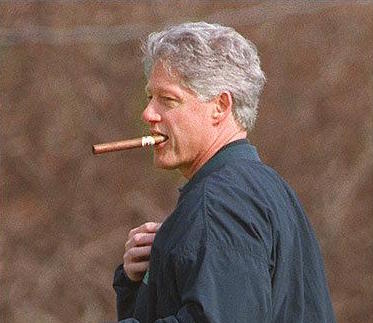