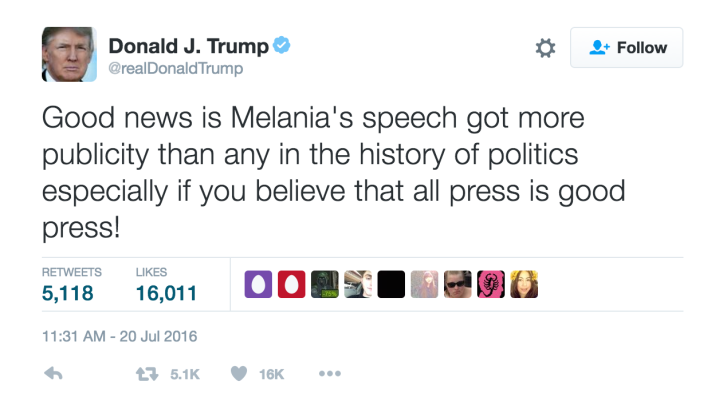 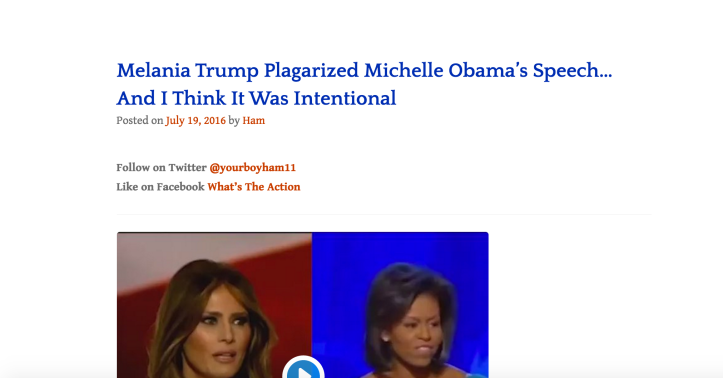 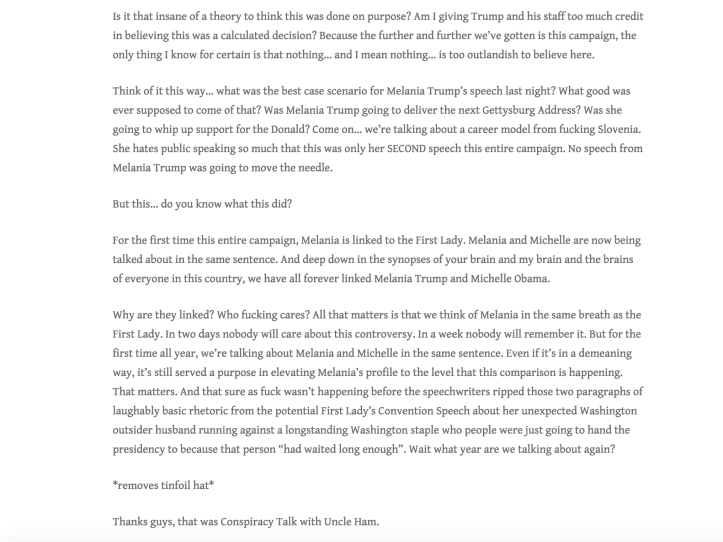 I told you motherfuckers. I TOLD YOU. I’m five moves ahead of the Donald before he puts his fucking pants on in the morning. I can see this shit coming like Neo, son. I woke up yesterday, saw three consecutive tweets about Melania, and my radar started spinning line a goddamn dreidle.

Any publicity is good publicity. If anyone has proven that at this point it’s Donald fucking Trump, guys. Everything he’s done has been to get media attention, and everything he’s done on that front has worked. I mean just look at the quote she stole… it’s the most basic rhetoric in the world. I could walk outside and concuss myself and still write something comparable to those quotes in less than five minutes. You think Trump and his staff didn’t plan on people noticing those lines? Come on. They probably fed it to the source that it was plagiarized. Because they knew everyone would take that and run with it… that it would consume social media and cable news and every single media outlet in the world. This is exactly what they wanted.

You know what it reminds me of? That old Brian Scalabrine Quote about playing zero minutes in the Finals…

Right now, Melania plagiarized Michelle’s speech. Okay.
In five days, you guys are gonna forget.
In ten days, Melania didn’t plagiarize a thing.
In twenty days, Melania will tell her supporters she wrote the entire thing herself.
And by election day half the country will think it was Michelle Obama who plagiarized Melania.

You see, that’s the thing about politics… you just gotta get your name in the game. On Monday morning Melania Trump was the former model married to Donald Trump. Today, she’s the presumptive First Lady of The United States. Don’t underestimate the importance of that narrative change for the way Melania is viewed going forward.

The point is… Melania Trump is part of this election now. She’s not just part of the election… she IS the election right now. And not only does Trump get his and her name front and center in the news – he gets play the “you care more about this than Hillary’s emails” card too.

The guy is an asshole, but he’s not fucking stupid. Keep refusing to accept that and we’re gonna wake up in four months with a sun-dried potato in the Oval Office.