How About Lou Holtz Walking Around The RNC With A Bottle Of Crown Royal Like An Absolute Schavage? 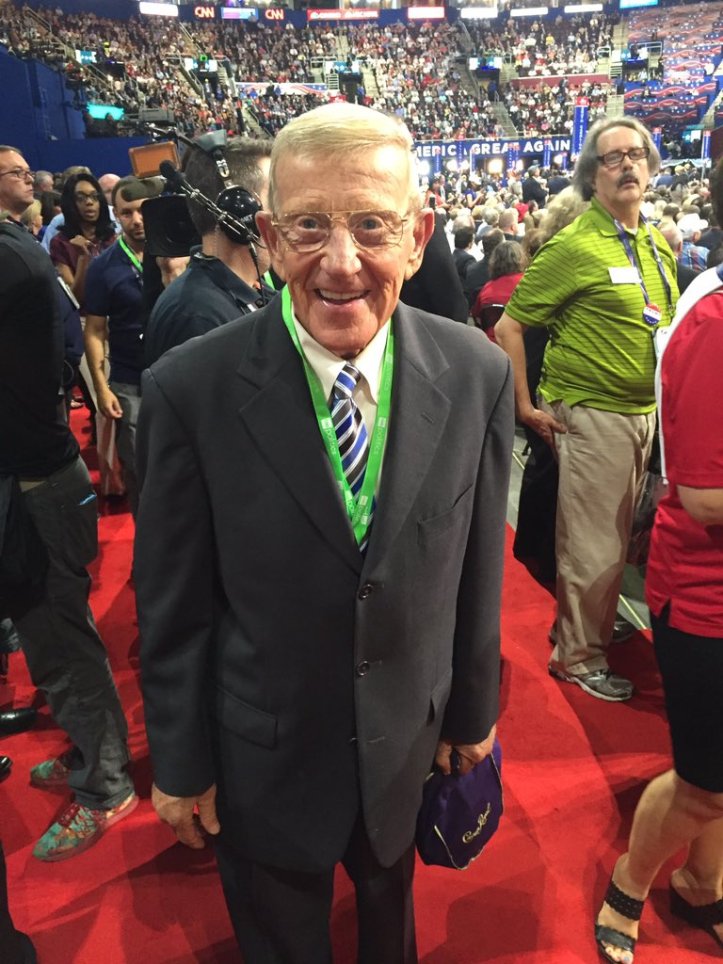 Things are really heating up down at the RNC huh? Couple of washed up/never-made-it-off-daytime-TV actors calling Obama a Muslim. Lot of party infighting over a reality TV star. All of the lives mattering. And a former college football coach who may or may not think he just showed up to a booster’s house party in South Bend in 1992.

Turn around for a minute and you might find Coach Holtz whispering schweet nothingsh and a heavy heaping of saliva in your girls ear. Turn around again and you might find him taking a lusssch– a looogshe– a luuuugsch– a luge shot of Crown Royal down her chest. You showed up for the Blue Lives Matter tshirts and plagiarized speeches, Lou showed up to have unproshected schex with your wife.

P.S.   Still one of the GOAT Vines

P.P.S.   I just spent the last 30 minutes talking to myself in a lisp at my desk in order to most accurately get these Lou Holtz jokes off. Just… I don’t know man… I live a weird fucking life.