First of all, nothing funnier than someone going off beat to sing a message. Dude sounded like Dee Reynolds trying to squeeze in the “Just To Be Cleeeear” during the Nightman Cometh. So weird, so awkward.

Second… calling this dude a “Lone Wolf” might be the most hilarious overreaction of all time. Hey Tenors, nobody fucking cares about your political opinion. You’re the Canadian Tenors… you’re not even fucking Irish. I get why the other three would be pissed off. I’d want to distance myself from any fucking loser saying All Lives Matter. But let’s relax on calling the dude a “Lone Wolf” like he just shot up a school. He’s a 4’11” Canadian singer who gave a political message that approximately zero people in the entire world will be swayed by. Just kick him out of the group and move on with it. Nobody is going to care about this in 24 hours. 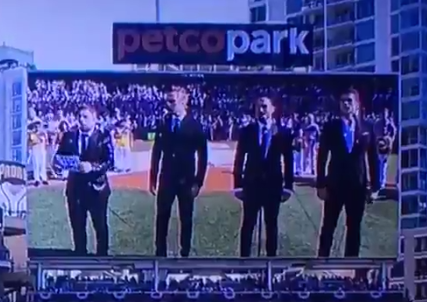