Paul George Is Wearing His Own Jersey On Vacation 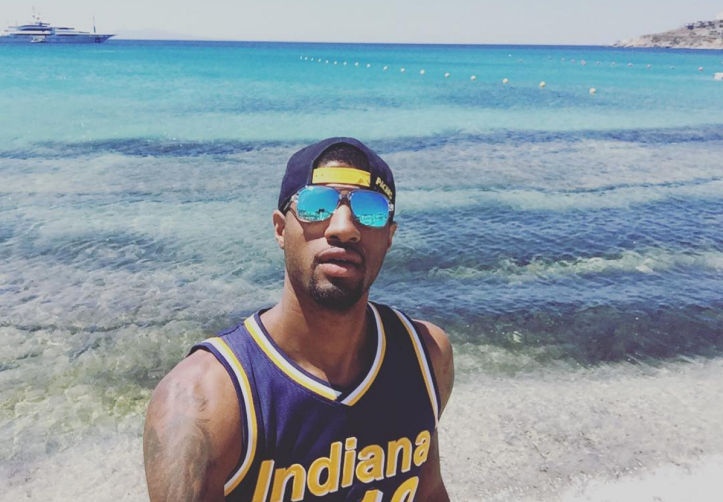 A little piece of heaven!

Paul George is wearing his own jersey on vacation 😎 https://t.co/cxiExoqFlQ—
whitney (@its_whitney) May 26, 2016

I know what you’re all thinking…

“Oh what a narcissist” “Oh my god that’s ridiculous” “Wow what a douchebag” “What kind of guy wears his own jersey in public?”

I’ll tell you what kind of guy does… every NBA Superstar. Ever superstar wears their own shit – they just wear their sponsored brands instead.

You know what makes Paul George different? He doesn’t do it for the sponsors. He does it for the PACERS. While Steph is out there promoting Under Armour and Lebron is out there promoting Nike and Harden is out there being a fuckboy, Paul George is out there promoting THE INDIANA PACERS. You know, his TEAM. That’s the superstar I want. That’s a guy I’m gonna root for. That’s a man who puts his teammates and coaches and fans above himself. That’s a team player. So his name is on the back? That just means he’s proud to represent his team both on AND off the court. Search all you want, but you won’t find a player doing a better job of promoting his TEAM. We don’t see enough of that these days. Nice to see an old school guy with old school values like Paul. You don’t get that enough in today’s game.

P.S.   Paul George is juuuuuust famous enough for this to be ironically funny. I think you have to be one of the Team USA guys to be famous enough for it to be funny. That, or you’re a scrub. Anywhere in between and it’s kind of desperate