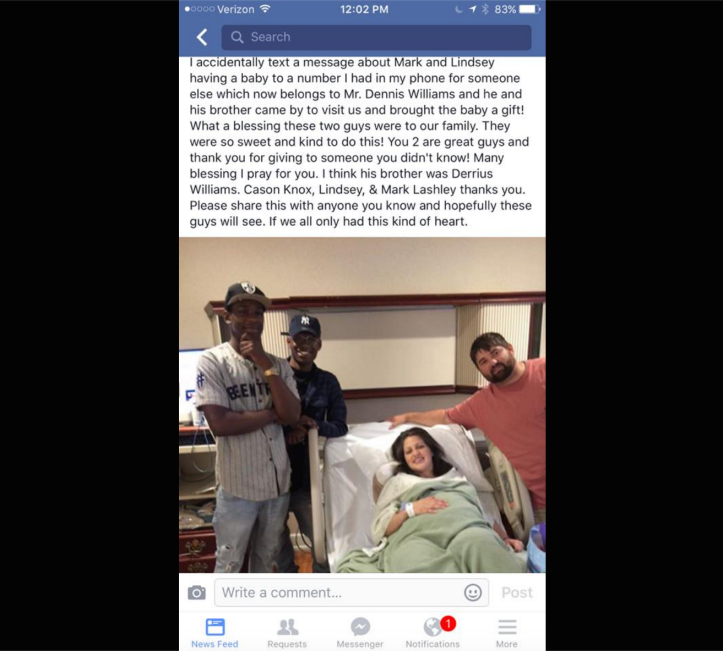 I know this is suspiciously the exact same premise as the “we still coming” wedding bbq picture, but I’m gonna choose to believe it anyway.

It’s pretty easy to get jaded by the internet these days. You can only spend so much time looking at twitter and getting duped into reading fake stories before you start to become a cynical asshole. It’s the only way to protect yourself from falling for fake stories and living in a constant state of letdown. Which, now that I read this paragraph back to myself, is a pretty bleak way of going through life.

Anyway, my point here is that my guard is up on the internet. So my first reaction here was obviously, “oh, this was clearly set up”. Anyone who has seen the “we still coming” wedding bbq text knows that this is the exact same premise. White family, big day, text the wrong number which happens to be a young black kid who basically accepts the invite to crash that big day with his friends and take a hilarious picture. I mean it’s literally the exact same premise. 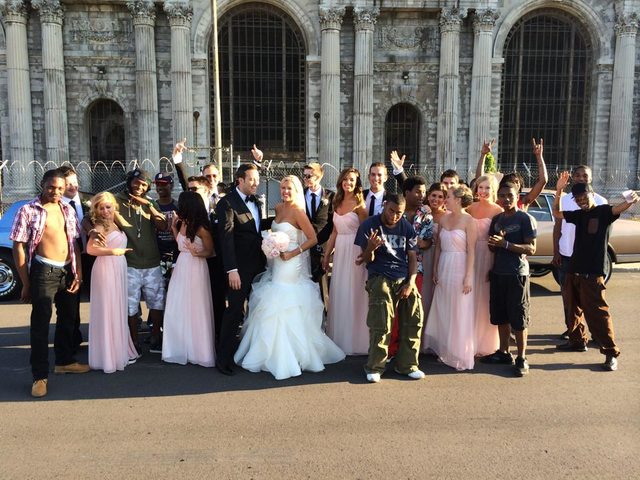 It would be pretty easy to just call this a fake too. You know… because it’s literally the exact same some premise.

P.S.   Even after I found out the “we still coming” thing was fake it’s still one of the funniest memes in internet history. I still laugh every time, no matter how hard all those shitty comedy Instagram accounts who repost the same 25 memes every day try to beat it into the ground.