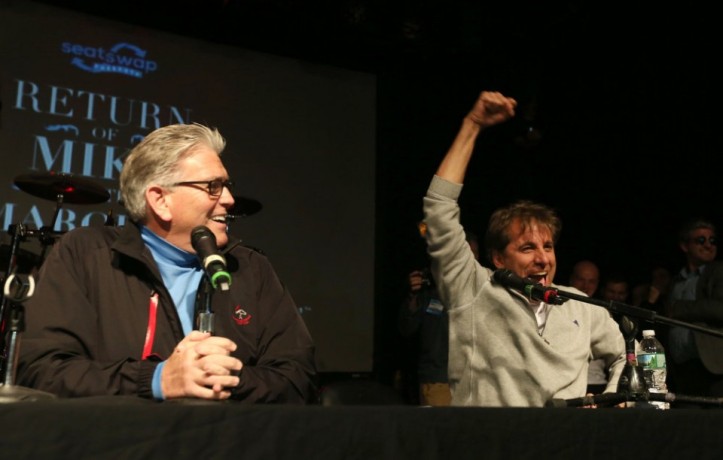 Of all the qualities of Mike Francesa, my favorite might be the way he soaks in applause. This is a sports talk radio host getting treated like the last living Beatle, and in no way does he think it’s undeserved.

Of all the things about Mike Francesa–the diet coke, the falling asleep on air, the irrational hang ups, the butchering of names, all of it–my favorite thing might be the way he soaks in applause. He’s a goddamn sports talk radio host getting treated like the last living Beatle, and in no way does he think it’s undeserved. He would stand on that stage and soak in the applause for hours if he could. But we all know Mike can’t sit there with a mic in his face and go more than 30 seconds without talking. So he’ll take the applause, restrain himself as long as possible, then hop on the mic and give you the sports and way that he can, it’s Mike Francesa on the Fannnnnnnnn. Sports radio 66, and 101.9 FM, W-F-A-NNNNNNNNNNN.

P.S.   That paragraph was in no way me tossing shade at Mike. Because on Wednesday, March 30th, I’ll be right there in Radio City crying into my handkerchief like an old lady who just met the Pope. If you want to say hi at the reunion, I’ll be the fat white twenty-something who loves sports talk radio. Shouldn’t be hard to find.