The Knicks Tiny Table And Casting Couch Are Back

“So Jimmer, have you ever tried… the triangle before?”
“Yeah, I had an old coach who always want to… so I let him try it with me.”

Previously on the Knicks Tiny Table: 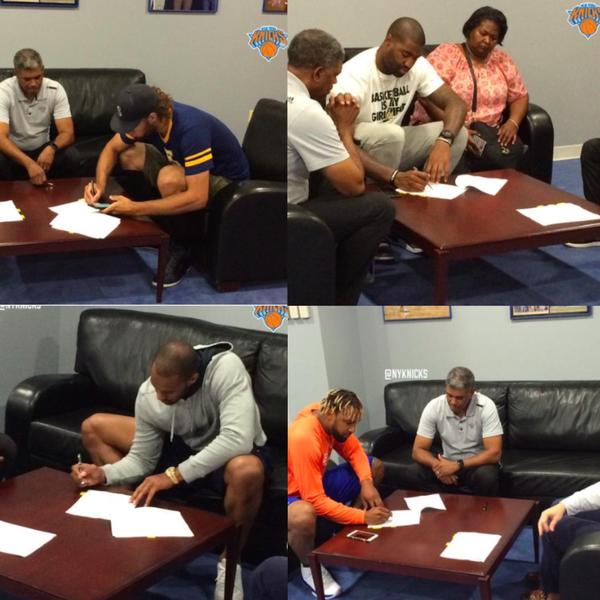 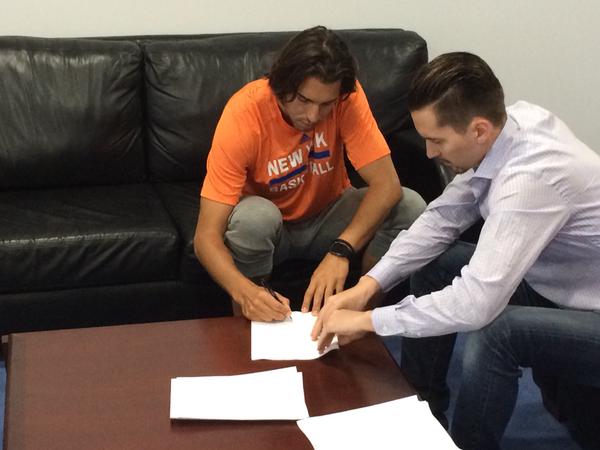 Wait, how many tiny tables are there in Madison Square Garden? Was that not the only one? What the fuck is going on here? Is every table at MSG this small? How is this still happening? Is there not a conference room to bring these guys into? Can we not offer them a full-sized desk to sign their contract? Or is this franchise just set on signing every free agent on a table for children playing on the parental-controlled iPads at the Apple Store?

And the crazy thing is… all of this goes without mentioning the casting couch vibe they’re giving off in this room too. I can’t shake this feeling of Steve Mills holding up the camera for viagra-enhanced Phil Jackson while they ask Jimmer about his past sexu– I mean basketball experiences.

“So Jimmer, have you ever tried… the triangle before?”

“Would you… would you be willing to try it out again today?”

“Great… great. Okay well before we get started, I want to make sure that you understand we never want you to pass the ball to Kristaps on the pick and pop. Does that sound good?”

“Alright”… *unzips pants*… “Why don’t you start it off by showing us how you’d pass it to afflalo for an end-of-game iso on the left block.”

P.S.   I’m setting zero expectations for the Jimmer Era. He’s the definition of a AAA player. He’ll go to any park or any D-League game or over to Europe and dominate any game he plays. But the second you pull him up to the majors, and he can’t dominate the ball like he wants to, all of his weaknesses will shine through. I hope I’m wrong. But in reality he’s just gonna steal Jerian’s minutes for a few weeks, make the backcourt even worse defensively, and be back in Westchester to score 35 a night by mid-March. In the immortal words of Chuck… I may be wrong, but I doubt it.

Jimmer said he was unaware that Carmelo had called him "Jimmy." Was fine with it. "I've had people call me Jimmy, Jim, Jimster," he said.