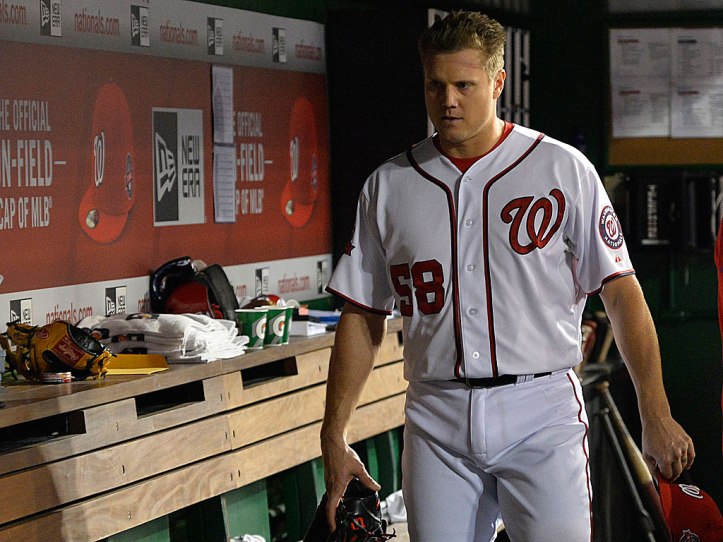 WP  —  Later, he walked the Nats’ complex in a cut-off muscle T-shirt with arrows pointing to big biceps covered in jagged tattoos. The shirt said: “Obama Can’t Ban These Guns.” Pap wanted to wear that shirt to the “apology press conference,” but he was talked out of it.

I wonder what it’s like to go through life with no friends. Does it weigh on you? Or do you just not notice? I want to feel bad for someone like that, but I get the feeling that they’re not even aware of it. Like yeah, I guess you probably notice when nobody laughs at your jokes and nobody invites you to dinner with the rest of the team and nobody tries to talk with you in the locker room. But when you can’t even pick up social cues, something tells me you’re kind of oblivious to the blatant disregard shown by everyone around you. Like, if you think this shirt would’ve been a hit at the press conference you’re giving about trying not to be a douchebag this season, my guess is that you’ve never picked up on the reason the team forgot to invite you the last 9 times they did a team dinner. Someone should ask Jon. I’d love to know.

P.S.   There hasn’t been one time in my life where I looked at Pap and didn’t immediately think “douchebag”. It’s actually impressive to keep that up for this long. Good for you Jon.