This Dad Disowned His Daughter For Her Interracial Relationship 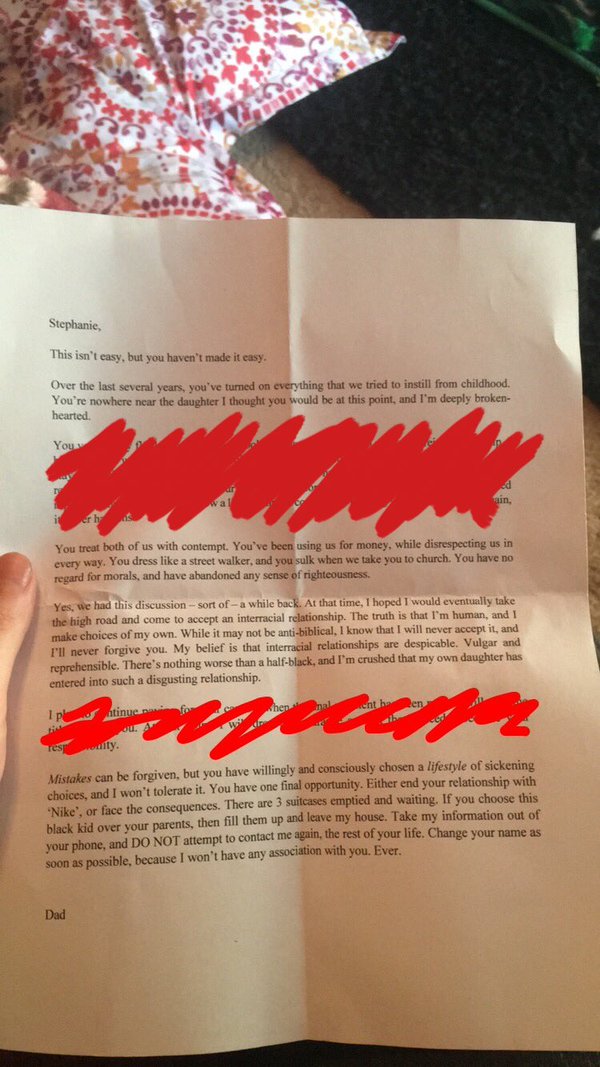 I’ll give him credit here… gotta respect that kind of honesty. Even if he is a piece of shit.

I mean… you have to respect this guy’s honesty here. Most people are pretty reserved about their racism these days. They’ll disguise it behind stuff like “I just don’t like the way Cam Newton dances”  or  “Well what about Hispanic lives? What about Asian lives? Don’t they matter too? ALL lives matter to ME”  or something.

This guy? He’s just straightforward about it. No “I just miss the way basketball used to be played” stuff from him. He is legitimately disgusted by the idea of an interracial couple*, and he has no problem putting pen to paper on that thought.

I mean, sure, he’s piece of shit. He’s everything that’s wrong with the world. He’s a dirtbag who I’d have no problem seeing publicly executed.  But you know what he’s not… he’s not a liar.

Gotta give credit where credit is due.

P.S.   All the racist shit aside, the funniest part about this letter is: “you sulk when we take you to church”