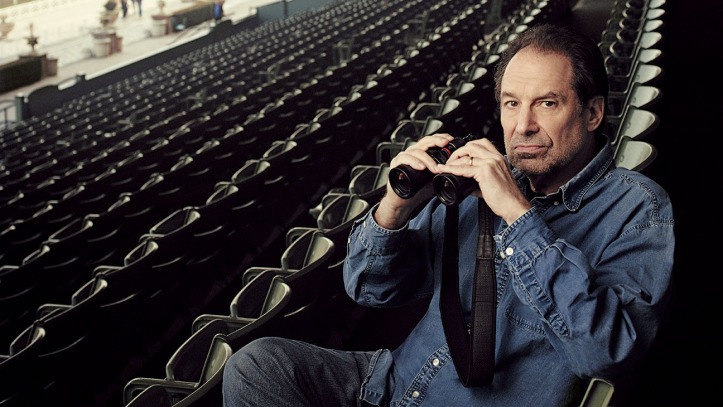 This might be a hot take here, but I think this was money well-spent

The Hollywood Reporter  —  Judging from the accounts of several men and women who know him well, (David Milch) is a person of extreme talent but also extreme behavior. Now a lawsuit, which was filed last year and is proceeding in Los Angeles Superior Court in Santa Monica, indicates that he lost $25 million from gambling between 2000 and 2011 alone. Colleagues estimate he has earned more than $100 million across his three-decade Hollywood career, but the lawsuit reveals he is left with $17 million in debts.

This is gonna come off a little insensitive here since this guy’s life has basically gone to shit, but why even run this website if I’m not going to bring the hard truth. Also, after everything I’ve said on here, I just don’t really care about coming off insensitive anymore.

Couldn’t I make the argument that this was money well spent?

I mean after all, money doesn’t buy happiness, right? Everyone knows that things don’t make you whole. Only materialistic assholes think that objects like houses or cars or yachts can make you happy.

Those who are rich in spirit know that the only forms of currency that matter are experiences and relationships and memories. Such as the experience of hitting a +425 Moneyline on a Tuesday afternoon Budislega game to pull yourself out of a hole. Or the relationships you have with your equally degenerate friends who you commiserate with after every bad beat. Or the memories of that 11-0 NBA night you had a few months ago. That’s the currency that fills the bank account of life. And no matter if you’re on the edge of poverty or multimillion dollar producer, anyone willing to take a little action will be rich in spirit.

Sure you might bet yourself into a hole with the wrong people. Sure you might have to beg the landlord for an extra week to send your rent check. Sure you might eat peanut putter for dinner the next few nights out of necessity. But think of all those monetary losses as deposits into the bank of life. Each loss might send you closer to homelessness, but it pads the bank account of life.

And in that case, David Milch is the richest man on earth.

P.S.   Jokes aside, this is exactly how I would spend my fortune. I couldn’t care less about cars or clothes or jewels or houses or anything. Give me like a decently nice apartment and four TV’s with all the sports packages and I’ll spend the rest of my days gambling my money away one bad beat at a time.