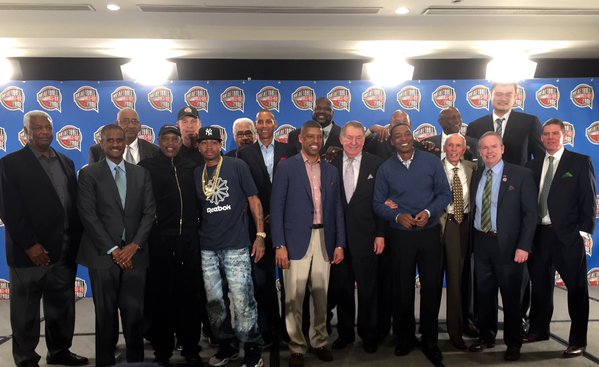 Sorry, did you expect something else? Did you expect the dude who single-handedly changed the NBA’s dress code to wear a suit like some corporate shill to this press conference? AI hasn’t worn a tie since he went to court 93. Shit ain’t changing for some stupid little Hall Of Fame press conference. These guys couldn’t even get Isiah to take off his pullover – you think they were gonna get Iverson out of his acid-washed jeans and Yankee fitted? No chance. This is The Answer. He changed the clothing landscape more than any athlete in human history. And if you think he was going to abandon that with age then you don’t know Allen.

Allen Iverson's the first dude to make it to the Hall of Fame off one play pic.twitter.com/5BOVtZ9ent

P.P.S.   I vowed to never blog about AI without using the A5 commercial