Sure this might be an absolutely terrible business decision, but this is the best thing Uber has ever done 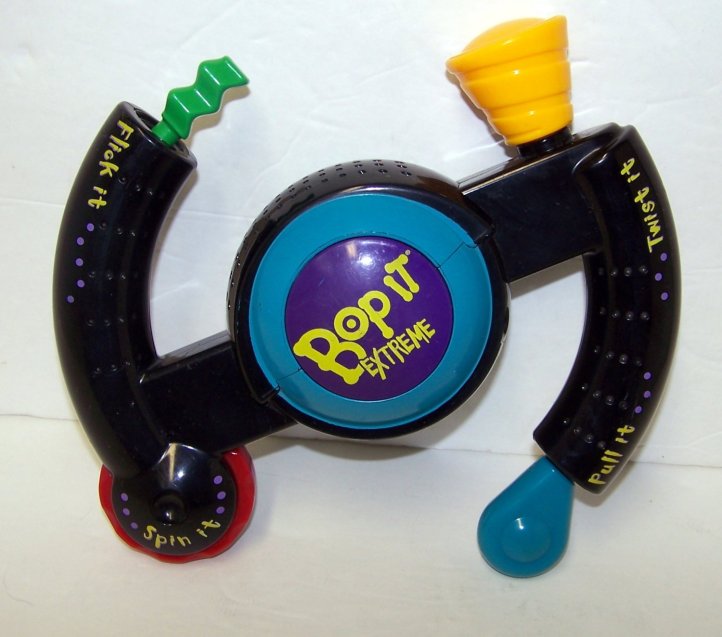 The Guardian  —  Uber, the designated driver of the iPhone generation, thinks intoxicated adult passengers are a lot like restless kids: both can be pacified with a game. The on-demand ride app has been conducting an experiment in the North Carolina city of Charlotte in which drivers leave a Bop It – a noisy children’s sound game based around a plastic toy – in the back seat during rides. The goal is that riders who overindulged that evening will become so engrossed that they forget to pester the driver.

First of all… in what world does Uber think this a good idea? THIS is what you come up with to solve the “restless drunks” problem? One of the loudest, most competitive, easily breakable games of all time. Has anyone in the Uber marketing department watched a group people play a game like this when they’re drunk? Because if they think everyone has a smile on and patiently waits their turn like in the commercials they are SASDLY mistaken. This will lead to more fights on a ride-by-ride basis than any argument over music volume or route choice ever could. You’re giving drunk people a physical and mental competition that they otherwise would not have. That has never in the history of alcohol led to a more relaxed, controlled environment.

Second of all… is Uber trying to drive their drivers insane? What Uber driver is going to trade in a few annoying conversations with blackout extroverts for six straight hours of “BOP IT… TWIST IT… PULL IT” coming from the back seat? Who chooses the latter in that scenario?

I’d rather have a kid in the front seat clearly drinking whiskey out of a waterbottle while screaming the lyrics to Enter Sandman in my ear for 5 minutes at a time than hear “BOP IT… TWIST IT… PULL IT… BO– WHAT THE FUCK I TOTALLY BOPPED IT THIS GAME FUCKING SUCKS” for the 46th time that hour. Sure, you might save yourself one assault and battery on a driver by a restless customer with no distractions. That’s great. But I don’t think that’ll outweigh the lawsuit when Roman kamikaze’s his Ford Escape off the westside highway from hearing the 15th straight person fall for the “TWIST IT… TWIST IT… TWIST IT… TWIST IT… PULL IT” combo.

Third of all… I’m totally in.

Love this idea. Love, Love, Love. Give me a Bop It in the back of every Uber for the rest of my life and watch me go to work. I will Bop Twist Pull Spin and Flick that shit until we reach our destination. Sure I might drive myself insane. Sure I might sit in the car and run up my tab while I give it “one more shot” seven more times. Sure I might break the game over my knee when I CLEARLY “Pulled It” hard enough but didn’t get the call. But 10 minutes with an intensely competitive game is better than 10 minutes without one.

You want to only put Bop It’s in specific Ubers and surcharge me to play? Go for it. I will accept the 1.4x rate hike. And I will scream angrily about the game the entire time. Go ahead and give me a one star rating. What do I care? My rating fell way below 4.9 about seventeen NBA arguments ago.