It’s called diversionary tactic guys, look it up. Ever heard of the play action fake? Well this is how you execute it.

You know what I call this move? Brilliant. McAdoo just turned himself into the “big suit” guy. Big Suit Ben. That’s now his calling card. It’s called diversionary tactic guys, look it up. Ever heard of the play action fake? Well this is how you execute it. What was the first thing you thought when you saw Ben McAdoo? That he looks like fake PC Principle, of course. 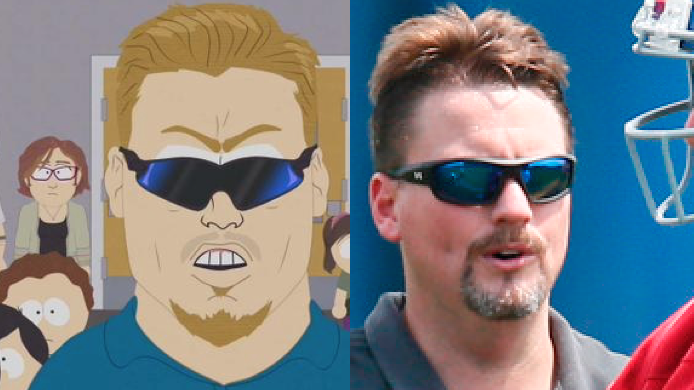 What’s the first thing everyone thinks of when the think Ben McAdoo now? Oh, that huge suit he wore to his press conference.

Ben McAdoo is now “Big Suit Ben”. Whole new nickname. Whole new persona. All from one little wardrobe choice. One choice that was probably him spilling hot sauce all over his actual suit on the way to this press conference and needing to stop at Men’s Warehouse to buy a suit (and get 3 more with purchase) without even trying it on. Brilliant.

And you know what, if he was just up there doing the Michael Klump routine, even better. Every good coach needs a sense of humor. Just look at Belichick. Guy gave himself a black eye this week, probably all for a gag. Keeps the team loose and distracts from whatever is going on with Chandler Jones. That’s just what the great ones do.

All in on the Michael Kl- i mean Ben McAdoo era.