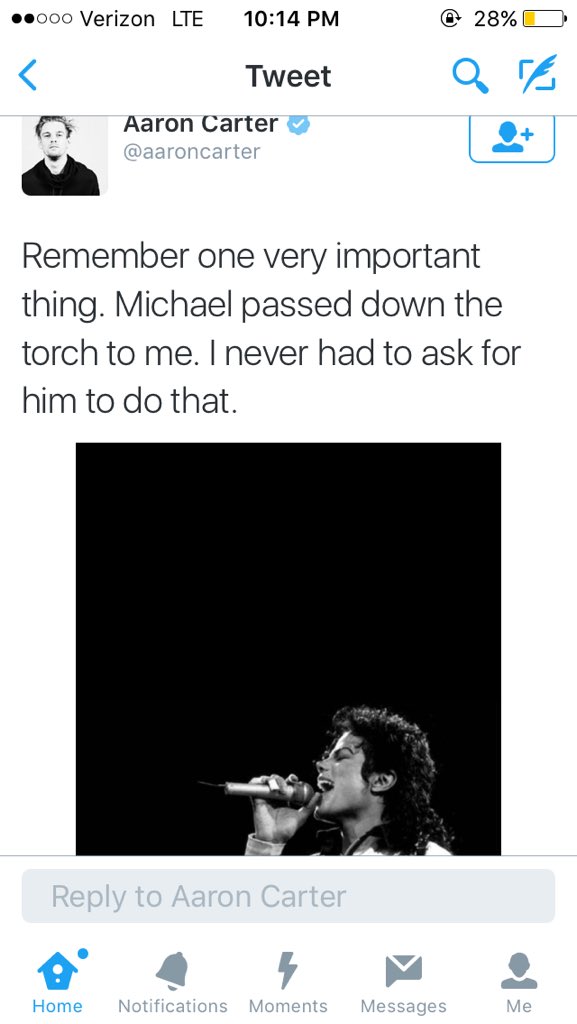 So now…. It's time. In a lotta different ways I need to grow and be the best man I can be and my love is pure it started just as young as

MJ and that's why we both connected because we really were and still out the only ones of our kind.

No he compared himself to me. I knew Michael VERY well and spent lots of time with him. Just stop right there. https://t.co/Jbi0rSpsOe

I haven't even had the chance to reinvent myself and rebuild essentially starting off as a new artist with a base? https://t.co/4IhiWrMAGX

This is all apart of my journey. who I am as an artist today. Did the world forget what artists really are?? … https://t.co/cer4CINJzA

Little do you guys know…. When Dookie gave me his JACKET PERSONALLY he was passing a torch to me verbatim don't need 2 explain myself

because I haven't released music in 10 years. And who cares I'm Aaron carter not Michael Jackson. Miss u Dookie https://t.co/4IhiWrMAGX

You're not very nice for saying that. God bless you sweetheart really https://t.co/0YHjhdRskk

You also must've missed the story about how Michael followed my whole career from the beginning and … https://t.co/yaD9sLseIQ

Thanks for the love guys wow I never compared myself to MJ HE did 😔 but it's ok you can bully me THATS FINE. https://t.co/AaPectjrL4

About? Love. Joy. Being kind to one another the music always fell into place when those things were right you … https://t.co/ROwWNLEdqe

As to who Michael really was and that's because you never spent time with him nor did you REALLY care about what he stood for. LOVE.

Thank u Our country is very motivating. I'm extremely disappointed in people & how our country america is to empathy https://t.co/CHUd4d9c8D

Did you know Michael ?? https://t.co/e2Oh1fBAli

not interested n being bullied. Enough is enough. I'm that kid that stands up to the bully & knocks him the fuck out https://t.co/lApejW0rgO

I will never be afraid to be my OWN man.

In regards to Michael … pic.twitter.com/zdEhzt1Wus

Now before you jump all over Aaron here, let’s just remember something. While it may be preposterous to compare yourself to Michael Jackson… and call yourself and Michael “the only ones” of your kind… and claim you haven’t had a chance to reinvent yourself… and brag about spending A LOT of time as a child with the most notorious sex offender maybe ever… and call people bullies for disagreeing with you… and to claim you’re the heir apparent to the King of Pop when you haven’t made music in ten years… let’s just remember one thing…

He made Aaron’s Party… 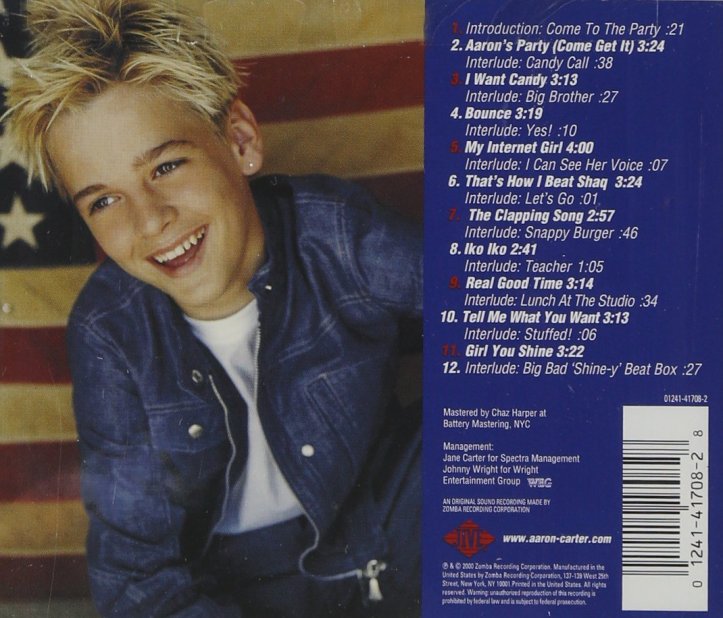 Thriller, Beat It, Billie Jean… Aaron’s Party, I Want Candy, That’s How I Beat Shaq… At worst we call that a draw.

So go ahead and make fun of Aaron Carter’s twitter meltdown all you want. Make fun of him for calling people bullies and for not making music for 17 years. Just don’t forget another tortured artist and his struggles later in life.

His name was Michael.

Did you even know him bro?

Did you know Michael ?? https://t.co/e2Oh1fBAli

P.S.   Aaron Carter just told us that Michael Jackson “passed him the torch” as the King of Pop, then retweeted everyone who disagreed by calling them bullies. What A Time To Be Alive.