An Actual Idiot’s Guide To The Premier League — Week 11

Ham’s Note:   Pete did a good job with last week’s soccer gambling blog. Let’s see if he can keep it up. Follow him on Twitter at @PouchesofTuna

Apparently I didn’t do too badly so the Hamburglar asked me to do this little charade again. After Match Week 10 we have a few burning questions:

Let’s take a quick look at the updated table:

Man City only ahead of Arsenal on Goal Difference at the top of the table after a listless 0-0 draw with Manchester United. West Ham is currently in a Champion’s League spot and we have a new last place team! Sunderland finally won a game and Aston Villa takes over as your caboose after 10 games. On to the gambling.

Chelsea is in total free fall. Jose Mourinho could be fired any day and they’ve dug themselves perhaps too big of a hole to climb out of for a Champion’s League spot (Top 4 in the Premier League get a Champion’s League berth). But something’s got to give and Liverpool is also a team in flux. Chelsea is plus value to win at home so you have to like that. For Mourinho’s sake and every fans’ sake, I think they win this week and since they don’t like to defend, the over will hit.

Need the glasses, hate the hair.

Wayne Rooney is being heavily criticized in the English media for his dip in form but the dude’s an all time legend. If anyone can turn it around it’s Wayne Rooney, he pulled the Lebron, before Lebron. What a loser Lebron is. Always the bridesmaid.

On the other side Palace is sliding down the table after a couple straight losses and I don’t even think a home game will do the trick for them this week. So go with United and I think goals fly this weekend in most games so the over is nice too.

As I said in the last installment, Norwich City, the lowly Canaries, are wet garbage. Think about the worst kind of things you can have in your trash can, then pour water on it and let it sit for 3 days, that’s Norwich City. Man City doesn’t have Agüero again but David Silva could return and Kevin De Bruyne has been a revelation. I would say Man City wins by a thousand but that seems low. Bet the over.

Newcastle are now second from the bottom and Stoke had a major let down last week against Watford at home. But goddamnit I can’t quit you, Stoke. +200 is a great value for a road win against a very sub-par Newcastle team. Under looks good, but really what the hell do I know. I do believe Stoke win if only because Marko Arnautovic is a hero of mine.

A trip to Wales for the Gunners before they head off to Germany to play Bayern Munich in the Champions League is a daunting task. Theo Walcott and Alex Oxlade-Chamberlain both limped off on Tuesday against Sheffield Wednesday as Arsenal crashed out of the Capital One Cup, which is no bueno because the Gunners don’t have much depth as it is. Mesut Özil will be back in the fold on Saturday, as will Alexis Sanchez, so I like Arsenal (surprise!) to win but it’ll be close. Gunners seem to never play well in Wales.

Look at that hair. Feathered and Lethal.

The scrappy Watford Hornets. This is their logo, a moose. 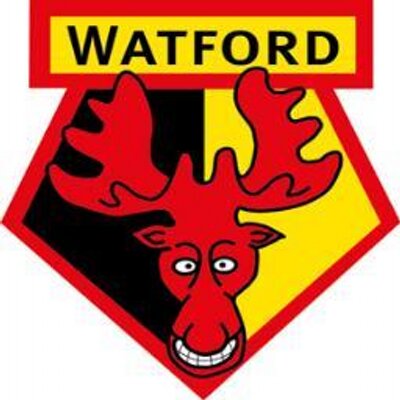 Be stranger, England. Do they even have moose in England? How about moose being the plural of moose? English is a crazy language. Tangent and their decent start to the season aside, I don’t see the Moose taking this one. West Ham has been rolling this season under new manager, Slaven Bilic. +200 is great value for a win and French international Dmitri Payet has been fuego all season and he’ll continue to do so this weekend.

Is Leicester legit? Sort of. Will they win this game? Definitely. West Brom sit directly in mid-table in 10th place and have been in better form recently but I just don’t see them betting Leicester, even at home. Riyad Mahrez and Jamie Vardy have been unreal this season and are a huge reason they are in 5th place. Take Leicester and the free money Vegas is throwing around. Halloween should be a day for betting soccer, taking a run at girls dressed as cats, and eating candy until you hate yourself.

Sunderland coming off their first win of the season anddddddddd they lose again. Everton probably should have drawn away to Arsenal last week (but they didn’t, ha) and they are at home. Romelu Lukaku is a beast of a man well known to Americans as the Belgian who shattered our dreams at the World Cup but c’est la vie. Everton puts it on Sunderland in convincing fashion.

Southampton Saints at home on All Saints Day? Talk about the lock of the century. Solid midfield, solid defense and solid attack, sounds like a good team to me. Saido Mane has been in great form this year and he will run rampant against lowly Bournemouth. No value in picking Southampton out right so bet the Over.

Bottom of the table and that won’t change this week, Villa won’t get a result against the Spurs. Harry Kane hit a hat trick last weekend and he could be back to his best.  Don’t like Spurs at all but once again I like the over. Tottenham should win outright but I think Villa plays hard this week and give them a game and that Draw line is screaming to me.

That’s all for me this week. Goodnight and Good luck. Hope Halloween is a great day all around for everyone.

People are friends, not food.