You know who fucking sucks? That rail-thin fuckboy at the gym who does pull ups. That guy drives me fucking crazy. You know the guy. He’s the kid who would take three bites of his sandwich at lunch when you were younger. He’s the kid who is so scrawny that you can see a six pack because there’s nothing else to see. He’s the kid who weighs a buck-thirty soaking wet whose thighs are barely wider than his calves.

I hate that kid.

I hate him because while he’s banging out 30 pull ups at a time with no effort, all the real men like me with a little meat on our bones are struggling to lift all that lower body man muscle even five times on the pull up bar. I fucking hate it. Try carrying around 200 pounds of “I’ll run you the fuck over” thunder thighs and then show me how many stupid pull-ups you and your noodle arms can do.

And that right there is just one of the billion reasons I love Kristaps. He recognized that. He knew he was rail thin, and he’s doing something about it. He’s not eating three bites of a sandwich, he’s eating three sandwiches per serving. He doesn’t just have a six pack because there’s nothing else there, he has one because he’s been training his core so hard to dominate on the post. And he’s no scrawny bitch, because he’s already added 11 pounds of pure muscle and counting. Dude probably has thighs like the Rock already. 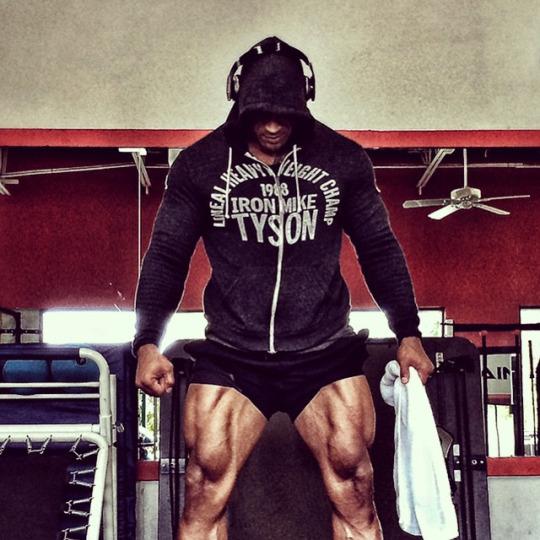 You just can’t see them under his Knicks shorts and Jordan’s old Carolina shorts MJ gave to him in a secret passing the torch ceremony.

And throughout this whole weight-gaining process, Kristaps is still strong enough to bang out a thousand pull ups at a time. He’s not that skinny kid on the bar anymore. He’s a brick house who bangs out a couple sets of 100 in between his Usain Bolt speed training.

P.S.   Hilarious that Kris is already the best teammate in the league, lying to the media that “Melo won some games” so that Melo won’t get roasted in the press even more than he already has. Basically walked in this league as the best teammate this side of Tim Duncan. What a guy…

GREENBURGH, N.Y. — For one full week late this summer, the self-described centerpiece of the Knicks tutored the future of the organization (or so the hope goes) by playing game after game of one-on-one. Each contest between Carmelo Anthony and Kristaps Porzingis went to 5 points. Each player was permitted only two dribbles per possession.

“Whoever you play against, you want to beat him and prove that you can play,” said Porzingis, who acknowledged winning a handful of the games before he made sure to pay public homage to Anthony.