Here’s the Intense “Beasts of No Nation” Trailer… How Cool Does Being a Child Soldier Look, Huh?

Hey! Hey! Hey! Happy Friday everybody. Why not enjoy your lunch break with a nice little reminder that as much as your life at the office might suck right now, at least you’re not a child soldier. Well actually nevermind, because at least you do shit when you’re a child soldier. I mean really, what would you rather be, a low level badge number at some sales company, or a child soldier? I think we’d all probably just play it safe with the sales job. At least with a sales job you can still go get drunk on the weekends and watch football on Sundays. You can eat whatever you want and watch Netflix and lay on your couch for hours at a time doing absolutely nothing.

But man… child soldier life sounds pretty sick. You’re like a modern day pirate. You pillage villages and drink rum. You ride out in the open air, and have a sweet ass sword/machete. Nobody, and I mean noooobody, fucks with you. It’s awesome. Once you get over the fact that your boss probably killed your parents, it’s probably a pretty sweet time. Make some friends that you’ll have for the rest of your life. Kind of like Summer Camp, you know. And you never have to worry about sitting at a desk ever again. No more Excel, no more sales calls, no more meetings, no more “How’s it going?” “Good, good how bout you?” bullshit conversations, no more sales goals. Just kill goals. Kill goals and conquest baby. I’ll take that over a suit and tie life any day of the week.

Also, his one-way conversation bits like this, when he talks as one person in a conversation and allows you to picture what the other person would be saying, are the best bits in all of stand-up.

P.P.S.   In all seriousness this movie looks incredible. And it’s directed by Cary Fukanaga, who famously directed all of the first season of True Detective, including that insane 6 minute tracking shot. Should be shot amazingly. 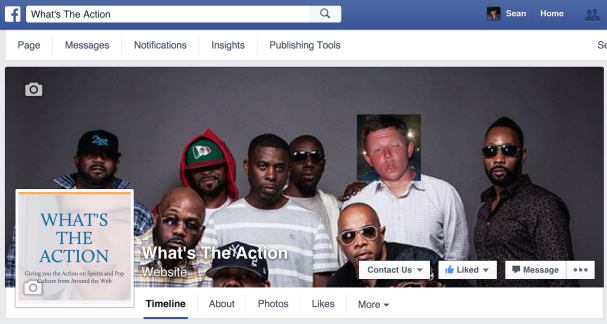