A Hot Teacher Got 22 Years For Having Sex With 3 Students. You’ll Never Guess Wh– Yeah It Was Florida 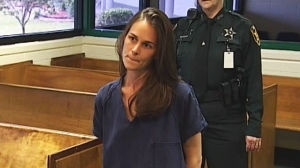 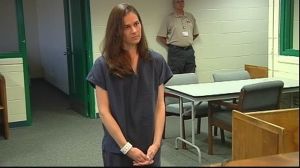 WFTV – Bartow, Florida – A former teacher who confessed to sex charges involving three students has been sentenced to 22 years in prison.

Jennifer Fichter, 30, of Davenport, pleaded guilty to 37 child sex charges with three teenage students; each of the charges carried a maximum sentence of 15 years in prison.

Fichter initially was arrested in April 2014, on allegations she had carried on a sexual relationship with one of her students at the Central Florida Aerospace Academy in Lakeland, where she taught English for three years.

Evidence released after Fichter’s arrest last year indicated she had sex with the 17-year-old teen dozens of times in her truck, in parking lots, and around Polk and Hillsborough counties.

In hundreds of pages of interviews with those closest to the case, the paperwork details the agony of the teen’s mother when she became aware of the relationship.

In one transcript of her interview with investigators, the mother said she confronted Fichter about her relationship with her son.

The mother reportedly asked, “What does a 17-year-old have for you?”

Fichter’s reportedly replied by saying that every boyfriend she’s ever had she’s taken care of, and that she loved the victim and wanted them to be together.

The documents indicate there were attempts to hide the relationship, with Fichter allegedly using fake names in their texts.

The victim told detectives it all began with Fichter rubbing his leg in computer class at the Central Florida Aerospace Academy last November, and by Christmas break, they were texting.

Two other male students, both also 17 years old, came forward as victims after Fichter was arrested.

First of all, that teacher is a smoke. Just bringing the heat with that “I was a bad, bad girl” head-tilt look in the first picture.

Anyways, old Jenn was sick of the frat boy college bar scene. She needed some fresher meat. Well, where better than a Florida high school? Next thing you know she was straddling Ricky in the back of her Ford F-150 behind Hooters during her lunch break. So Florida it hurts.

“Two other male students, both also 17 years old, came forward as victims after Fichter was arrested.”

are bold-faced liars. Zero chance they actually had sex with her too. Just trying to play in this kid’s wake and hopefully catch a reputation for banging the hot teacher. No shame in that game.